Hewlett Packard Enterprise (HPE) reported 3 percent increase in its revenue to $7.95 billion in its fourth quarter of fiscal 2018. 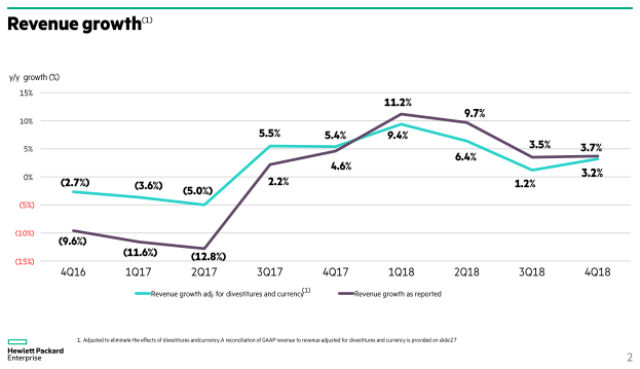 HPE generated 35 percent of its total revenue from America, 7 percent from Canada and Latin America, 36 percent from EMEA and 22 percent from Asia Pacific including India, China and Japan.

HPE, which competes with IBM, Cisco, Oracle, Microsoft, Dell, among others, indicated that its revenue grew substantially in the US and Americas, rose marginally in EMEA and dropped in Asia Pacific region.