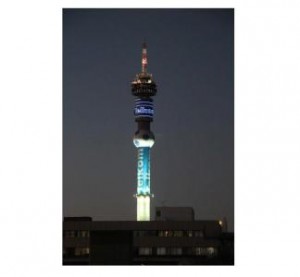 Telecom Lead India: Indian telecom sector is likely to use telecom equipment worth Rs 250,000 crore during 2012-2017.

This will be a big boost for telecom equipment vendors such as Alcatel-Lucent, Cisco, Ericsson, Huawei, NEC, Nokia Siemens Networks, Samsung, ZTE, among others.

During 2012-2017, India will see the launch of 4G services (for this there will be fresh spectrum auction), TD-LTE services (using BWA licenses), 3G and 2G expansions and increase in broadband penetration across the country.

As per the report of the Working Group on the Telecom Sector for the 12th Five Year Plan, the volume of the business of telecom equipment is stated to be of the order of Rs 250,000 crore by the end of 12th Five Year Plan, said Milind Deora, Minister of State for Communications & Information Technology in Lok Sabha.

The minister said the Telecom Equipment Manufacturers Association (TEMA) raised concerns of national security due to induction of large scale imported telecom equipments in the network.

TEMA’s concerns include: the developer/ vendor may have inserted irrelevant software modules in the beginning itself while installing the Communication system maliciously or inadvertently to control the system at a later date.

The network is susceptible to the threats like data mining/harvesting, information leak, service denial and degradation of service, abuse and fraudulent use of telecommunication resources and long term technological dependence.

To address the national security concerns related to telecom and telecom network, the Government has issued comprehensive security guidelines by way of license amendment for Access Service Providers and for other service providers, according to the minister.

The Licensees shall audit their network or get the network audited from security point of view once a year from a network audit and certification agency.

The licensee shall induct only those network elements into his telecom network, which have been got tested as per relevant contemporary Indian or International Security Standards. From 1st April 2013 the certification shall be got done only from authorized and certified agencies/labs in India. The licensee shall employ only Resident, trained Indian Nationals on key positions.