The growth will be driven by the Chinese government’s focus on the futuristic Internet of Things – embedding connectivity and intelligence in everyday objects – and a surge in private sector growth. 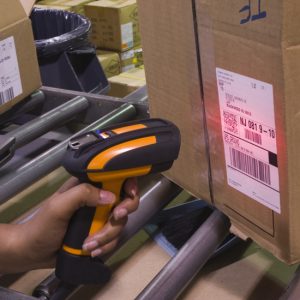 “So far, government applications account for 22 percent of the volume and 34 percent of the revenue, but that is about to change quickly,” said Richard Jun Li, Lux Research Director.

With the rise of market-driven applications, there are opportunities for multinationals to leverage China’s RFID growth – speed and identification of the best local partnerships will be critical.

Consumer market is the strongest. Driven mainly by the adoption of RFID tags for anti-counterfeiting, consumer applications will grow the fastest in volume terms – at a CAGR of 38 percent until 2017.

Industrial applications will grow at a 25 percent rate, while electronic toll collection will be a fast-growing subsector.

Currently, the top 15 suppliers – led by China Card Group and Tatwah Smartech – account for 57 percent of the Chinese market and are poised for further gains.

Focus is on fast-growing UHF market. Chinese companies do not have as strong a position in superior ultra-high frequency (UHF) chips – which will grow dramatically to become a $236 million market in 2017.

However, the clock is ticking for multinational suppliers, as the Chinese government is putting significant resources into developing homemade UHF chips.