Considering the growth of IoT applications and the proliferation of devices, the move to IPv6 on Everything is inevitable, said Vint Cerf, Internet Hall of Fame pioneer, while delivering the opening speech  at the IPv6 Forum with theme, “IPv6: Release Connectivity Potential, Boost Digital Economy,” organized as part of MWC22 Barcelona.

“Worldwide, several networks are already fully on IPv6, with a lot of innovation happening in this area.  IPv6-only is becoming the trend in many scenarios. For example, the U.S. Defense has proposed IPv6-only capability by 2025. However, at this point of time, a dual stack approach is more pragmatic, wherein compatibility of IPv4 is maintained while innovations in IPv6 are being implemented,” Cerf said. Thus, while aiming for IPv6-only target for the rest of the century, backward compatibility of IPv4 should also be maintained.

Worldwide, IPv6 adoption is gaining momentum, with China leading the league and India closely following. There are 1.9 billion v6 users globally, with China occupying 435 million IPv6 connections. In India, it has touched 350 million users.  U.S. and Europe have been pushing IPv6 friendly policies to meet the target of 100 percent adoption by 2025. Developing countries are also keen to adopt IPv6 to support their digitalization efforts.

Latif Ladid, founder and president of IPv6 Forum, emphasized on the need of having one Internet with IPv6-only network. The industry should design a clean-slate approach by identifying the existing issues with IPv4, retaining the best of it, and adding IPv6 capabilities to improve network management.  With advanced functions such as end-to-end SRv6 and BIERv6, IPv6 enables service providers and communications vendors to simplify network management, thereby enabling significant reduction in Capex and Opex.

IPv6 will also pave the way for the next generation of capabilities in services like IoT, Cloud Computing and Block Chain. While IoT 3.0 is about Things-to-Things, CC3.0 will be more about Openstack technologies and initiatives like GAIA-X that ensures increased security and data sovereignty. Blockchain 3.0 will be about more secure digital keys that can be implemented across all use case scenarios like smart cities, government, M2M, health and more.

Richard Mahony, global consulting director, OMDIA, said IPv6 is not just about the number of IP addresses, but is about more control of the network. It is achieved by a continuous evolution of the network, from differentiating the classes of service to guaranteeing performance across a slice of network and ultimately moving to offering more user and network context. IPv6 can enable the differentiation by allowing routing functions to be driven by more sensors and user context data, which also open new channel of opportunities to monetize different network features.

“IPv6 Enhanced will become a major trend for network upgrade and evolution, as well as the cornerstone of digitalization for numerous industries, such as finance, manufacturing, and healthcare,” said Steven Zhao, vice president of Huawei Data Communication Product Line.

Considering that by 2030, tens of billions of IoT devices will be added to the network, and the adoption of multi-cloud connection will proliferate across enterprise networks, there will be new requirements for network flexibility and real-time performance.

There has been consensus on adopting IPv6 to meet the scale of address pools, but IPv6 Enhanced Innovation is required to further unleash the value of connectivity in terms of deterministic quality, programmability, intelligent O&M, and more, Zhao said.

Analysis has found that IPv6 Enhanced Innovation can have direct impact on the GDP on any country.  It directly contributes the country’s overall economy by driving innovation and entrepreneurship. IPv6 will ensure rich supply of addresses to open the channel for innovations. Secondly, IP Enhanced capabilities such as reduced network latency, increased programmability, and improved SLAs will lay the foundation for cloud, AI, and 5G apps in all industries.

In the financial sector, IPv6 Enhanced innovations can enhance the agility in online transactions and digital payments. SRv6 enables branches and outlets in different regions to access cloud services in one hop. Based on the current load status of the clouds and networks, the corresponding scheduling algorithm flexibly schedules cloud and network resources. Intelligent O&M based on technologies such as in-band flow measurement ensures the stable and reliable running of financial service networks.

For the smart manufacturing industry, IPv6 provides sufficient addresses for the large volume of sensors, while network slicing provides dedicated network-level assurance for different services. After IP-based reconstruction, massive production data can be quickly transferred to the cloud, and the computing power and intelligence of the cloud can be efficiently transferred to the production sites to guide production lines more accurately and efficiently. In China, Huawei has partnered with the largest steel companies to build IPv6-only industrial manufacturing networks. This reduced their network construction costs by 35 percent and increased their production efficiency by 30 percent.

In post-pandemic era, when more and more workloads are moving to digital, IPv6 can optimize those applications and enhance the user experience across them. Applications such as telemedicine and unmanned manufacturing are expected to thrive in the post-pandemic era.

IPv6 also promotes S&T development: The scalability and flexibility of IPv6 facilitate AI-related data collection and promote the development and application of AI. IPv6 Enhanced Innovation not only meets the requirements of the IoT and Industrial Internet for massive addresses, but also drives the innovation of IoT technologies.

The industry has reached a broad consensus on IPv6 Enhanced Innovation in the industry. More than 30 IETF members, including Huawei, have participated in the development of related standards. Currently, more than 90 standards and drafts have been completed for various fields. As of now, more than 100 commercial cases about IPv6 Enhanced Innovation, involving operator, public service, finance, energy, and education sectors, have already been developed across the globe. 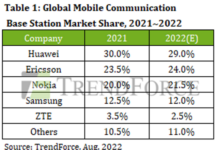 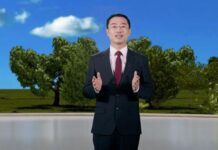 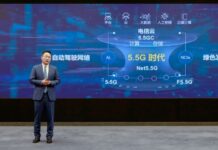