MPLS is becoming more popular and that spending on the
communication’s technology will reach $2.4 billion in 2015, according to In-Stat.

This also includes MPLS (multiprotocol label switching),
which is a mechanism in high-performance telecommunications networks that
directs and carries data from one network node to the next with the help of
labels making it easy to create “virtual links” between distant
nodes.

MPLS is protocol agnostic and highly scalable. It was
designed to provide a unified data-carrying service for both circuit-based
clients and packet-switching clients. A number of different technologies were
previously deployed with similar goals, like frame relay and ATM. Newly
collected data tells us that the increase in MPLS spending has had a negative
impact on some of these other technologies,” said Greg Potter, analyst, In-Stat.

According to In-Stat, frame relay spending will decline
55 percent from 2010 to 2015. Spending on cable data services will increase 34
percent over the forecast period. Small businesses (20-99 employees) will spend
a little over $6.2 billion in 2012 and the healthcare and social services
vertical will experience the largest overall gain, increasing $1.2 billion over
the forecast period. 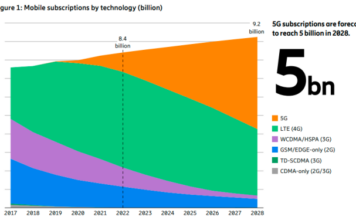