Nokia has launched a set of tools for data centre networking, developed in cooperation with Apple, to help companies to manage the growth in traffic as 5G and machine learning technologies roll out.

Nokia, which competes against China’s Huawei and Sweden’s Ericsson to build 5G networks, has been broadening its portfolio by adding open interfaces to its 5G equipment and launching new networking products, Reuters reported.

“We worked very closely with Apple over the last two plus years to understand their requirements,” said Steve Vogelsang, Nokia’s chief technology officer for IP and optical business.

The new products are also geared to other cloud builders, such large enterprises building their own private clouds and telecom operators, said Manish Gulyani, vice president of global enterprise marketing.

Nokia, which has signed up BT and Equinix as customers, is also targeting Oracle, Google and Amazon. 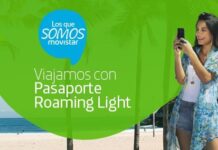