Nokia Networks announced it has doubled the speed in Sonera’s 4G network in Helsinki.

The partnership delivered data rates with up to 300 Mbps speeds on live LTE network in Helsinki, Nokia Networks said in a statement.

With LTE-A, the operator is now able to provide higher network capacity, speed and performance.

Downlink data rates of up to 300 Mbps are achieved by aggregating spectrum resources with a total bandwith of up to 40 MHz.

Sonera offers Samsung Galaxy Alpha and Samsung Galaxy Note 4 smartphones to use LTE-A and new devices are being added to the portfolio at the beginning of 2015, the company said.

Kalev Reiljan, CTO,TeliaSonera Finland, said, “We want to offer the fastest possible data speeds to our customers. Over 60 percent of Finns use smartphones and generate more data traffic than customers using older devices. With LTE-Advanced we make sure our network can address these capacity changes now and in the future.”

Margus Hunt, customer team head, Nokia Networks, said, “An LTE-Advanced Carrier Aggregation network can be linked to a multi-lane highway, where adding more lanes allows more cars to travel from A to B. Nokia’s Carrier Aggregation software effectively does this both dynamically and flexibly in the network, selecting the best radio cells to be aggregated.” 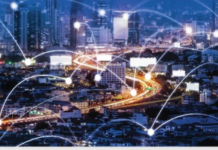