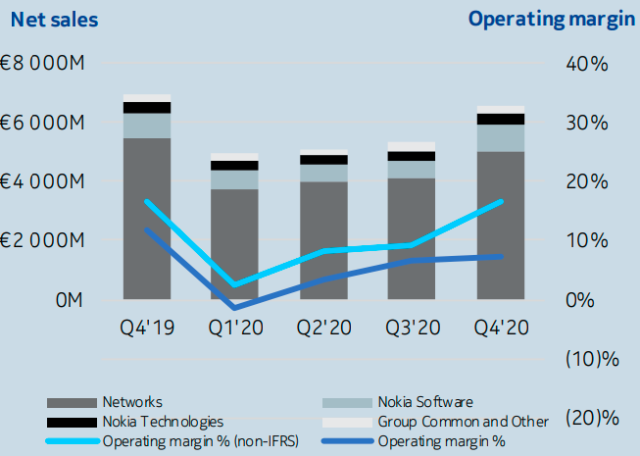 Nokia said its 4G+5G mobile radio market share stood at approximately 27-28 percent, excluding China in 2020 as compared with 27 percent in 2019.

“We expect our mobile radio market share, excluding China, to be impacted in 2021 primarily due to not converting all of our 4G footprint into 5G footprint in North America, and we are therefore targeting approximately 25 percent to 27 percent market share in full year 2021,” Nokia said on Thursday.