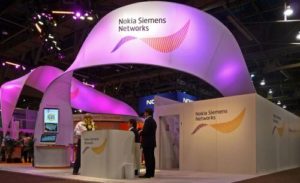 Telecom Lead Middle East: Nokia Siemens Networks has decided to combine its business in the Middle East and Africa from 2013.

The new, single, regional organization structure covering the Middle East & Africa (MEA) will be headed by Igor Leprince, who was leading the company’s business in the Middle East until 31 December 2012, from 1 January 2013.

With this change, Nokia Siemens Networks is expanding its Asia and Middle East regional cluster to include business in Africa.

The new combined MEA region will allow Nokia Siemens to strengthen its quality of delivery for all its operator customers in MEA. The move will allow the company to serve its multi-country operators such as Bharti Airtel, Etisalat, Qtel, Saudi Telecom Company (STC), Vodacom and Zain.

“MEA is a key market for Nokia Siemens Networks, where we have identified an increasing demand from operators for advanced mobile broadband technologies including TD-LTE and FDD-LTE technologies,” said Leprince.