Samsung LTE deals are picking up. Unlike top telecom equipment vendors such as Ericsson, NSN, Huawei, ZTE and Alcatel-Lucent, Samsung gives thrust on one main segment — LTE / 4G — as part of its network business.

The special thrust on 4G LTE is paying off well. Samsung on Friday said its quarter to quarter growth from LTE deals was significant.

The Korean consumer giant, which said July-September operating profit rose to 10.2 trillion won ($9.6 billion) thanks to its smartphone sales and memory chip business, is confident of achieving more in LTE business. Simon Beresford-Wylie, global executive advisor, will give new shape to its networks business.

Despites its single focus on LTE, Samsung is yet to start winning big 4G deals from major mobile operators and compete with Ericsson or NSN.

Ericsson last week said the pace is picking up in the European market with continued WCDMA/LTE investments and a major investment announcement by one of the large operators. Ericsson now sees growth in several European markets and margins are also improving as the network modernization projects gradually come to an end and we engage more in new capacity and LTE business.

4G opportunities are growing for telecoms. “Operators in most markets now have LTE plans in place. In parallel, demand for HSPA is showing growth in seven out of our 10 regions,” said Hans Vestberg, president and CEO of Ericsson, announcing its financial result.

Samsung continues to penetrate new markets with its LTE infrastructure, while aiming to expand its presence within existing accounts through small cells and other technologies such as carrier aggregation.

In the third quarter of 2013 Samsung won its first LTE contract in Russia with MTS and continued rolling out small cells for Sprint, for which it supplies LTE RAN. Last month, Russia’s top mobile phone operator MTS said it signed a $55 million three-year infrastructure contract with Samsung to help it roll out LTE network. Samsung will install at least 3,000 base stations in Russia’s north west under the deal.

Samsung is also a likely candidate to supply capacity enhancements to its Tier 1 Japanese and Korean customers.

Its ambitious plan to tie up with Reliance Jio Infocomm, which is going for a pan-India roll out of 4G on TD-LTE network in India, however, did not materialize due to cost factors. Bharti Airtel did not offer any of its 4G contracts to Samsung. 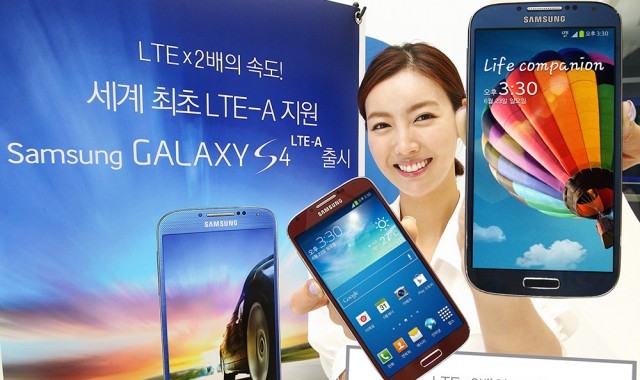 Samsung is willing to invest in its networks business, as demonstrated by Beresford-Wylie’s hiring, but the company is unlikely to make an acquisition to transform and scale up in areas necessary to compete with end-to-end vendors.

There are several challenges for Samsung. Samsung remains a hardware-focused company with incomplete software and services portfolios. Competitors such as Ericsson, Huawei, NSN, and Alcatel-Lucent are capable in services and actively acquiring or investing internally in R&D to expand their software capabilities. The company’s lack of services and software capabilities could hinder its ability to take share from incumbents, analysts said.

“Samsung can continue its run of double-digit growth as the vendor focuses on adding global accounts and turning its trials – which number roughly a dozen – into commercial contracts. Simon Beresford-Wylie will strengthen the company’s telecom perception globally, and positively impact the business in Europe,” said Michael Soper, networking & mobility analyst, Technology Business Research.

In September 2013, Samsung appointed Simon Beresford-Wylie as global executive advisor to its Networks Business. He will help Samsung further globalize its networks business, which holds LTE contracts on every continent except Africa, but is concentrated largely in the United States, Japan, and South Korea.

Samsung is primarily interested in expanding its client base to service providers that have operations in multiple countries i.e. DT, Orange, and Vodafone. Samsung could find success penetrating Europe as Alcatel-Lucent continues to struggle through restructuring and pares back its legacy business, potentially freeing up accounts for Samsung to target. 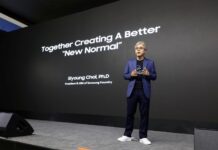