Spending on Small Cell a Service (SCaaS) engagements is expected to reach nearly $15 billion following a 30 percent CAGR over the 7 year period between 2013 and 2020, said SNS Research.

The market research report said in the Small Cells as a Service (SCaaS) deployment approach, service providers (primarily fixed line carriers) take full responsibility for some of the most complex aspects of a small cell deployment for the wireless carriers which may encompass (but not limited to) site acquisition, providing power supplies, and backhauling traffic. SCaaS providers would then allow wireless carriers to host small cells running in their own allocated spectrum.

While it is a preferred opinion among wireless carriers, aggregating outdoor small cell backhaul with macrocell infrastructure may prove to be a well challenging task. 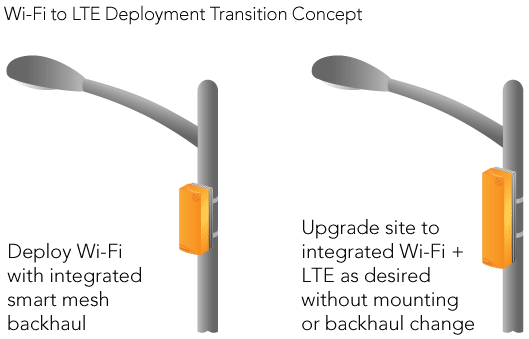 Consequently the demand for small cell backhauling has opened a new opportunity for investment, which will be a market worth nearly $6 billion by 2020, according to SNS Research.

Small cells are often mounted on street poles, building walls and traffic/streetlight poles among other ad-hoc locations. Driven by the relative ease of licensing and the short distance characteristics of millimeter waves, wireless carriers are expected to adopt the technology for their future small cell rollouts.

Driven by in-building wireless coverage requirements and the growing influx of mobile broadband data traffic, a traditional macrocell based cellular network deployment is not deemed to be a sufficient solution to address the coverage and capacity needs of today’s wireless subscribers.

Wireless carriers are exploring options to offload additional coverage and capacity to alternatives such as strategically deployed small cells and WiFi access points, which have so far been deployed by more than 150 global wireless carriers.

Adding further to the heterogeneity are alternative deployment models such as DAS and the emerging Cloud Radio Access Networks (RAN) architecture which concentrates the processing of the RAN segment of a mobile network in one or more centralized data centers.

Driven by the thriving ecosystem, SNS Research predicts small cells and carrier Wi-Fi deployments to account for nearly $352 billion in mobile data service revenues by the end of 2020, while overall spending on HetNet infrastructure is expected to reach $42 billion annually during the same period.