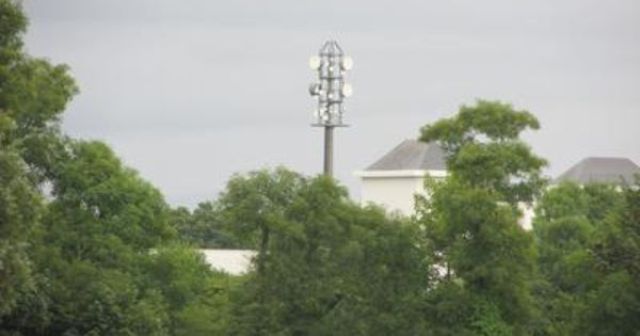 The Indian telecom tower industry is going through a major transition stage. The number of telecom tower companies will be reduced to 4-5 in the next 1-2 years from 10 at present, according to ICRA.

India has around 4 lakh telecom towers and around 8 lakh tenancies. Indian telecom industry has 10 organized players (apart from many small tower owners). Telecom tower companies promoted by top telecom operators, or by telecom operators themselves own 74 percent of towers.

ICRA says that there will be change in the ownership from telecom operators to independent players, as reflected by the consolidation transactions under way and by the interest from such players and investors.

The telecom tower industry is likely to witness strong growth in the coming years driven largely by the network expansions by telecom operators. There will be growth in rentals due to improved negotiation power which would follow from consolidation as well as from greater independent ownership.

The consolidation transactions could entail migration of some debt to the tower industry from the telecom industry, where elevated debt levels remain an area of concern.

The telecom tower industry generates steady cash flows given its indispensability to the telecom services and benefits from the inherent strengths of the lease agreements or Master Service Agreements (MSA) which include: long tenure (the MSAs range from 10-15 years), penalties on exit before a fixed lock-in period, per annum escalations in rentals, and incentivising addition of new tenants.

“This, along with moderate Capex over the last few years has enabled many tower companies to achieve strong financial profile with steady reduction of debt. The industry is now on a solid footing to expand as the telecom sector looks for greater and deeper network expansions to meet the growing need for data,” said Harsh Jagnani, vice president – Corporate Ratings, ICRA.

The significant pressures on cash flows and stretched capital structure of the telecom sector have forced the operators to reduce their debt levels by monetising their tower asset ownership.

ICRA says telecom operator can cut debt to the tune of Rs 80,000-90,000 crore if the stake sale transactions of tower assets currently under discussions materialize. A significant portion of this could be funded by debt in the tower industry, to be supported by its relatively stronger capital structure and greater predictability of cash flows.

ICRA estimates that the telecom tower tenancies have grown at CAGR of 5.5 percent over the last four years, while the growth in rentals has been nominal. The Average Revenue per Tower (ARPTo) for a sample of companies has grown at CAGR of ~4 percent. However, the current valuations of tower companies indicate expectations of stronger business growth, fuelled by the expanding data usage and the rollout of next generation networks.

Tower companies may also look beyond traditional business and explore opportunities in areas such as in-building solutions, WiFi hotspots, fiberization, etc., though the business models around these remain to be developed.

In addition, possible upsides to the cash flows for the tower companies are: growth in rentals due to improvement in the negotiation power of tower companies; and reduction of power expenses, primarily diesel consumption, aiding the growth in profitability. Tower industry can also explore the REIT/InvIT (Real Estate Investment Trust or Investment Trust) structure to access a greater pool of investors.

The telecom tower industry in India would witness some headwinds in the short term – primarily on account of rationalization of tenancies by the telecom operators who are undergoing consolidation. The culmination of the consolidation would coincide with the revival in Capex by telecom operators and the pruning of redundant tenancies would be compensated by rollout of newer ones.