Combining these strengths would provide a complete connectivity solution — from network core to end users — for carriers all over the world operating metropolitan networks.

As part of the collaboration, UTStarcom and Dasan Networks will enter the United States telecom market and tap 4G LTE telecom operators. UTStarcom is also looking at expanding its presence in Korea which has the world’s highest Internet penetration.

The partnership – signed at the Optical Fiber Conference (OFC) 2014 in San Francisco last week – will focus on collaborating on the design, development, manufacturing and marketing of telecommunications infrastructure products.

William Wong, chief executive officer of UTStarcom, said: “It is a sign of our intention to share resources to create a new class of optical networking products and bring them to market faster than otherwise possible, helping both companies to enhance and maintain their market leadership.”

UTStarcom’s OFC exhibition included the Dasan Gigabit-capable Passive Optical Network, which resulted from a joint effort between the two companies. This product is already in large-scale commercial deployment worldwide, including in Japan. 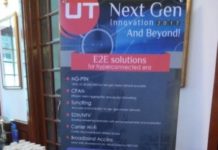 UTStarcom to increase investment in India 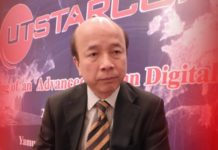