The Supreme Court decision in Huawei and ZTE vs Conversant and Unwired Planet, is a game changer for the U.K. and the international technology community.

The Supreme Court dismissed the appeal of Huawei and ZTE and reconfirmed the decisions made by lower Courts. England and Wales can set a global FRAND licensing rate and the English Courts are the appropriate forum for doing so; even if the majority of the patents are held overseas and the parties to the case hardly maintain a trading position in the U.K.

This decision bears the potential to turn the UK into a global hub for patent litigation. While this is great news for lawyers, operating companies, be they large or small may be less excited about this development. Millions of pounds could see changing hands, as patent disputes may increase in the UK.

Technology companies may be carefully considering whether to maintain their market position in the U.K. In TQ Delta vs Zyxel for example, the defendant declared it would rather accept an injunction (a Court order that shuts down business) and exit the UK market than accept a global FRAND rate set by the English Courts.

What the decision is about?

At stake have been patents on various telecom standards (2G, 3G, 4G/LTE). In particular in the Conversant dispute the question whether the UK would be even entitled to take a decision in this dispute was central. The allegedly infringing goods were made in China and the defendants contended that the UK accounted for only 1 percent of the worldwide sales on which royalties were claimed against the Huawei Defendants and 0.07 percent in the case of the ZTE Defendants.

The Supreme Court upheld that the U.K. is the appropriate forum to do so. The Court dismissed these arguments and underlined that the Chinese made no adequate claim in this respect.

What are Standard Essential Patents?

As downstream innovators require access to assure the widespread dissemination of their technology, owners of standard essential patents are eager to earn as attractive licensing revenues as possible. In doing so, payment should be made for patents which are standard essential and infringed. Otherwise one risks paying for a claim that only exists on paper. The Court recognized, but dismissed this argument with reference to what it claimed to be current market practice.

Standard essential patents are subject to commercial conflict and they have been core to what has come to be known as ‘patent wars,’ as the Chart below illustrates.

At stake in this decision is an important question, namely whether the UK can take extraterritorial decisions on Global FRAND rates. Patents are territorially limited rights and they can only be upheld in the respective territory where they are protected in. Courts have only jurisdiction over patents in their own country.

In that respect the E.U. has sought to find solutions for its territories. The Unified Patent Court (UPC) is supposed to be a patent court that has the authority to judge over patents across 25 countries. The U.K.’s take that it can take ownership of cases, even though the parties have only very limited exposure to the UK markets and patents system puts the country in direct competition to the Court envisaged by the E.U.

How this will affect negotiations over Brexit remains to be seen. It will also be interesting to see how its future trading partners will react. The U.K. is in the process of signing bilateral Free Trade Agreements. These contain important IPR clauses. If its trading partners will seek to obtain special treatment in this matter may be subject to further negotiation and may delay the process of concluding a trading deal.

What is for certain is that this decision does not invite to any further multi-lateral efforts to find a world wide solution for a worldwide problem. Any United Nations type of approaches that seek to also meet the needs of developing countries become obsolete. But maybe, the U.K. is also not in search for this. As one English Judge noted: ‘There is no international treaty that prevents us from doing what we do.’ 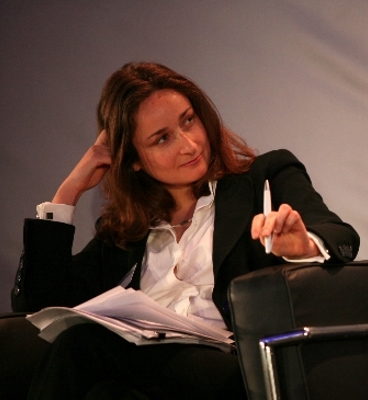