Vodafone Idea announced a five-year deal with IBM to deliver better customer experience to connected consumers and businesses in India – and reduce its IT costs. 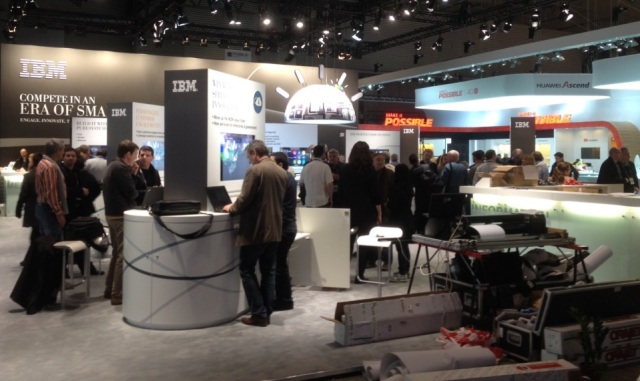 Financial details of the IT outsourcing contract were not disclosed.

Vodafone Idea has lowered its network Capex in the recent quarters with the third quarter Capex touching Rs 11.7 billion. Vodafone Idea said it will enhance its Capex for the fourth quarter of fiscal 2018-19.

IBM will provide a hybrid cloud based digital platform to Vodafone Idea to enable intimate engagement with its over 387 million subscribers, enhancing business efficiency, agility and scale plus simplification of its business processes.

“We believe that use of IBM’s Hybrid and Multicloud, analytics and AI security capabilities will accelerate Vodafone Idea’s progression to an open, agile and secure IT environment. It will also provide a platform for fast-track joint initiatives in AI and IoT,” said Balesh Sharma, CEO of Vodafone Idea.

The deal with IBM will assist Vodafone Idea to consolidate applications, and infrastructure including data centers, disaster recovery centers, and accelerate Cloud usage.

IBM is supporting Vodafone Idea with an option of extended flexible payment plan structure for the term of the contract through IBM Global Financing.

Vodafone Idea aims to achieve Rs 84 billion of run-rate costs synergies during FY21 as part of the merger that was completed in August 2018.

Vodafone Idea recently said it enhanced the capabilities of some of its 900 MHz sites through dynamic spectrum re-farming and re-farmed 2100 MHz spectrum from 3G to 4G usage on selected sites. Vodafone Idea exited ~5,400 low utilisation sites and optimised the loading equipment on over ~21,000 co-located sites.

Vodafone Idea has added 11,123 4G sites during the December quarter. Vodafone Idea’s 4G coverage has improved rapidly to over 64 percent as at December 31, 2018 compared to less than 50 percent for Vodafone and Idea brands in August 2018.

Vodafone Idea has recently completed its Rs 25,000 crore rights issue as part of its plans to invest more in telecom networks across India.