Vodafone Idea, as part of the largest distributed cloud deployment in India, aims to transform its 100+ data centers across a “Universal Cloud,” where a shared software platform is capable of running multiple workloads.

Red Hat, an IBM company, said its OpenStack Platform is enabling Vodafone Idea to design efficient pods, which can be geographically distributed and taken closer to the end- users, helping to reduce latency and enable an optimal user experience.

Vodafone Idea can use Red Hat’s open APIs to deliver actionable insights to its enterprise users.

Vodafone Idea plans to set up a DevOps team in India in association with Red Hat to drive more consistent innovation and to help co-create new solutions and extend the platform to start-ups and developers.

Vishant Vora, chief technology officer of Vodafone Idea, said: “Our collaboration with Red Hat has helped us deploy Universal Cloud based on open standards and systems.” 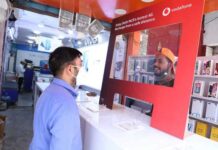