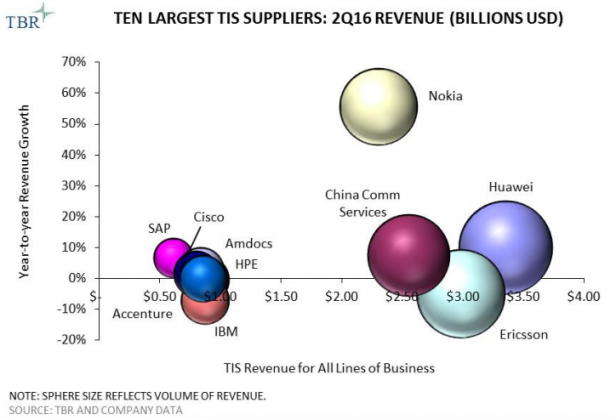 The North American telecom infrastructure market is set to drop from $30.4 billion in 2015, to $27.4 billion in 2021, mainly due to operators shifting their focus from network coverage build outs by directing traditional technology investment to software-mediated networks, specifically orchestration, automation, SDN and NFV, as per reports from Technology Business Research (TBR).

The TIS segment seeing maximum growth over the past year has been under maintenance as mobile operators have invested in extended warranties to protect their LTE infrastructure investments and vendors have supported contract renewals to offset weak product sales.

Rise in traffic and hiking demand to lower prices have resulted in lower profits for telecom operators with revenues falling. Adaption of new technological approaches such as SDN and NFV deliver such results and lower capital and operational costs.

According to information from vendor NFWare, more than $600 million was invested last year in SDN and NFV startups. The market also began to witness consolidation efforts that are further reshaping the market.

Fall in revenue for equipment vendors will also result from fall of traditional service contracts as software-based deployments will not need the same level of vendor upkeep.

With the emerging trend of vendors increasing their exposure to software, via M&A, internal investment, or both, the market is shifting towards software and the portfolios are being modified to align with this trend.

The industry is still in the early stages of a long-term transition to SDN and network functions virtualization (NFV) architected networks.

Three-quarters of carriers participating in the IHS Markit software-defined networking (SDN) survey say they have already deployed or will deploy SDN in 2016; 100 percent plan to deploy the technology at some point.

The top drivers for service provider SDN investments and deployments are simplification and automation of network and service provisioning, as well as service automation. Most telecom operators are moving from SDN proof-of-concept (PoC) evaluations to commercial deployments in 2016 and 2017.