Telecom Lead Asia: With cash of $213.1 million, UTStarcom Holdings announced its new strategies to become the top one or two next generation media services company. 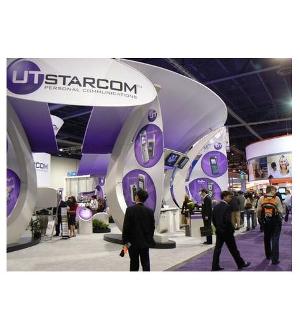 “This is the next major initiative for us in a series of steps we are taking to truly transform the company, including divesting the underperforming IPTV equipment business, investing in aioTV and hiring a new chief financial officer,” said William Wong, UTStarcom’s Chief Executive Officer.

UTStarcom intends to become a leader in providing next generation media services that will meet the critical needs of its key customers – cable and broadband service providers – as they look to offer a more personalized entertainment experience and build up their own customer base.

UTStarcom will build a major business line around TV over IP services, which offer some of the fastest-growing and highest-margin opportunities in the marketplace.

Through TV over IP services, UTStarcom will aim to be a leading provider of high-in-demand digital content, such as local content, premium licensed content, and other value-added services over a variety of platforms to the mainstream consumers.

UTStarcom will offer a Cloud based, integrated platform to support the entire workflow of broadband and cable service providers’ TV over IP operations, such as encoding and transcoding, program planning, media distribution, content publication, and product management.

UTStarcom will leverage its technical expertise to develop solutions in-house that will support the new TV over IP platform. The company will also seek to acquire or take significant stakes in companies that have market-leading technology that UTStarcom can use to augment its services platform and then deploy commercially, quickly and efficiently.

UTStarcom will be focusing its growth efforts in China and across Asia and based on current plans, the company expects to invest in and launch its TV over IP services in multiple countries during 2013.  The company anticipates revenue from the new TV over IP services to become the majority revenue contributor for UTStarcom by 2015, with gross margins in that line of the business exceeding 50 percent in that same timeframe.

With total cash of $213.1 million as of September 30, 2012, the company has sufficient capital to fund these strategies. The company will also leverage its established relationships with broadband and cable service providers as well as its in-house technical expertise to guide product development and identify and pursue acquisition and investment targets in an effort to execute its strategic plan and meet overall long-term targets.

Operating loss for the third quarter of 2012 was $25.9 million, compared to operating income of $14.2 million for the corresponding period of 2011.