ZTE said it is expecting 208.2 percent to 244.5 percent increase in net profit to between RMB 1.7 billion and RMB 1.9 billion in the first nine months.

The Chinese telecom network company expects to post a year-on-year increase in revenue in the first nine months.

Products such as network routers and chipsets will be the growth drivers. The company also expects gains from more effective foreign exchange management. 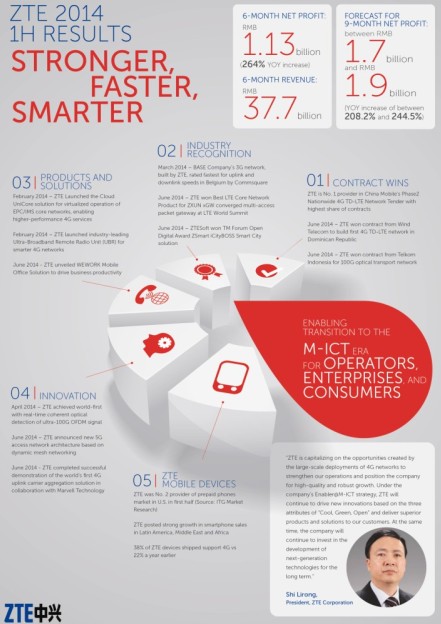 ZTE does not share specific revenue targets for H2 2014.

The company said it will benefit from the issue of 4G licenses in China and the approval of the trial operation of TD-LTE/LTE FDD hybrid networking.

ZTE will strategically integrate and focus its resources during the second half of 2014 in adherence to its core business principle of Innovation and Intensification.