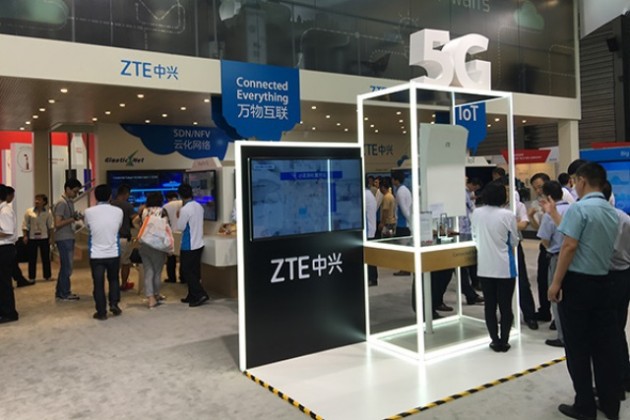 The US government may impose $1.7 billion penalty on ZTE as part of the strategy to tighten control over the China-based telecom technology company, Reuters reported.

The Commerce Department is seeking site visits to verify U.S. components are being used as claimed by ZTE, and wants it to post calculations of the U.S. components in its products on a website.

ZTE earlier said that it stopped all operations following a 7-year ban imposed in April on buying U.S. technology components for breaking an agreement reached after it was caught illegally shipping goods to Iran and North Korea.

The Reuters report did not reveal whether the US government will remove the current 7-year ban on component supply from US-based technology companies to ZTE.

Washington also wants ZTE to replace its board and executive team as soon as 30 days.

American tech companies provide an estimated 25 percent to 30 percent of components in ZTE’s equipment, which includes smartphones and gear to build telecommunications networks.

U.S. President Donald Trump tweeted last month that he told Commerce officials to find a way for ZTE to get back into business, later mentioning a $1.3 billion fine and changes to its board and top management as a way to penalize the company before allowing it back into business.

US Congress – including both Democrats and Trump’s fellow Republicans — have accused Donald Trump of bowing to pressure from Beijing to help a company that has been labeled a threat to U.S. national security.

Shenzhen-based ZTE, which suspended major operations in May, needs a deal to get back in business, with estimates it has lost over $3 billion since the April 15 ban on doing business with U.S. suppliers.

ZTE, in 2017, paid $892 million in civil and criminal penalties, with an additional $300 million suspended unless there were future violations.

The U.S. wants ZTE to hire a new person to police its compliance. The compliance contractor would provide oversight along with an outside monitor who was retained as part of the March 2017 guilty plea.

The U.S. wants its representatives to make site visits to check ZTE’s claims about components without coordinating with Chinese government officials.