Telecom Lead India: Telenor’s plan to pick up stake in Tata Teleservices — owned by the Tatas and  Japan’s NTT DoCoMo — signals consolidation and the likely exit of Uninor brand in India. 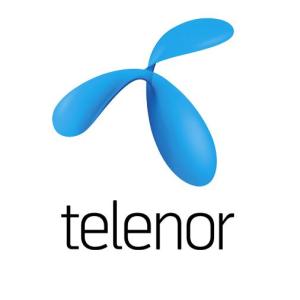 The move, yet to be officially announced, reflects the Nordic region’s biggest phone operator’s interest in ensuring its investment in India, the second largest mobile subscriber market in the world.

TTSL, a dual technology service provider, is not the best option for Telenor that won six circles in the recently concluded 2G spectrum auction. TTSL is yet to offer tough competition to players like Airtel, Idea Cellular and Vodafone and gain market share.

Telenor’s focus on marketing and focus on quality of services will be a strength for TTSL.

Currently, 3G is a game changer for TTSL that did not even bid for BWA spectrum. India will see more 4G launches by Airtel that bought BWA spectrum. Reliance Industries-owned Infotel Broadband will also roll out 4G services in 2013 using BWA spectrum. Staying away from BWA auction in 2010 was a wrong strategy for TTSL.

TTSL and its partner NTT Docomo, which is known for its mobile broadband initiatives, need to wait till 2014 for getting 4G spectrum.

Bloomberg today reported that NTT DoCoMo that owns a 26 percent stake in Tata Teleservices, is likely to remain a shareholder in the merged entity. The deal will depend on new takeover rules currently being considered by TRAI, India’s telecom regulator.

The combination will create India’s fourth largest operator by users.

For TTSL, Telenor’s India mobile user-base will become an asset.

Tata Teleservices had 78.4 million mobile connections and Uninor, Telenor’s Indian brand, had 42.2 million connections at the end of September.

Tata Teleservices will gain airwaves it can use to boost offerings in the world’s second-largest wireless market as it shifts customers to the Global System for Mobile Communications (GSM) technology.

NTT DoCoMo paid Rs 13,070 crore for its stake in Tata Teleservices in 2009, according to Bloomberg.

The nature of any agreement between the companies depends on whether new guidelines in India require a merged entity to return start-up spectrum, or the airwaves used for mobile communications, to the government.

The new rules will be placed before the cabinet for approval, telecommunications minister Kapil Sibal said on 1 November, without specifying when the government may take a decision.

Tata Teleservices dropped out of an auction of CDMA airwaves scheduled to begin after the GSM auction.