Airtel Africa, which has operations in 14 countries across Africa, has crossed the 100 million customers mark across its operations.

Airtel Africa is the second largest mobile operator in Africa in terms of the number of active subscribers. 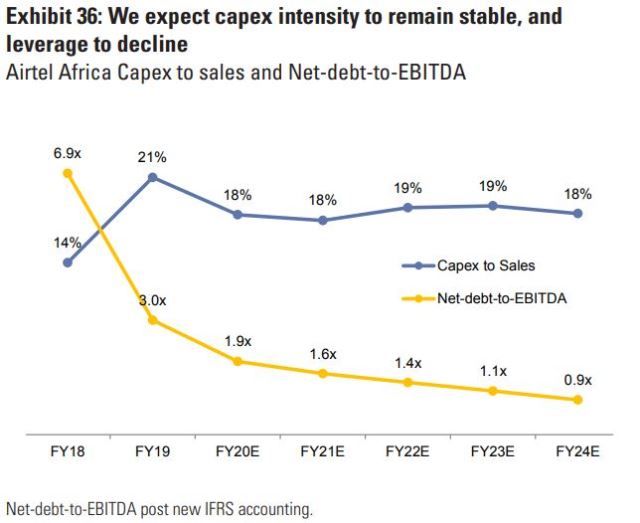 Safaricom, TNM, MTN, Tigo, Vodacom, among others, are the main competitors of Airtel in Africa.

Airtel Africa’s EBITDA margin has increased by more than 10 percentage points in the last eight quarters. Airtel Africa is likely to achieve an EBITDA CAGR (FY19-22) of 11 percent, the report said.

Airtel Africa has a leading position in most of its markets and ranks number 1 or 2 in 12 of the 14 countries. Airtel Africa will achieve 9 percent revenue growth (FY19-24E CAGR), driven by data and Airtel Money CAGRs of 18 percent and 30 percent, respectively. 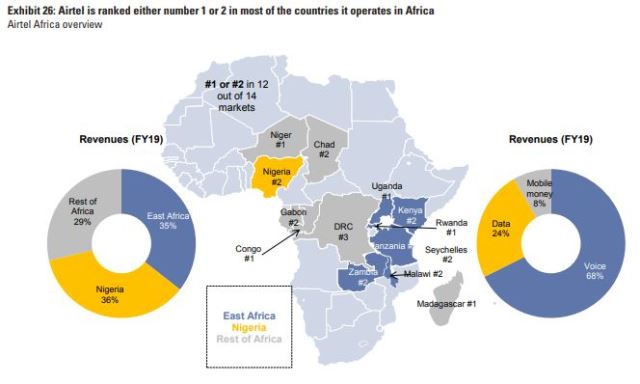 Data subscribers for Airtel Africa rose 33 percent during FY17 to FY19 (CAGR) and it will achieve 21 percent FY19-24E CAGR. Airtel’s data ARPU is higher than voice ARPU, with its 4G ARPU almost 10x/3x that of 2G/3G ARPU. Airtel Money will achieve FY19-24E revenue CAGR of 30 percent, driven by rising penetration.