Airtel Africa’s mobile phone customer base grew by 9.3 percent to 99.7 million in the June quarter of 2019.

Data accounted for 26 percent of total revenue as compared with 21 percent in the prior quarter. More than 30 percent of all customers are recognized as data users as a result of increased smartphone penetration, up 3.2 percent to 30.7 percent.

Airtel Africa added more than 11,000 broadband base stations the expansion of the 3G and 4G network. 4G sites now account for half of the total sites. Data ARPU increased by 17 percent mainly driven by an increase of data usage and positive customer mix, as a result of growth in 4G coverage.

Airtel Africa CEO Raghunath Mandava said: “We continued to invest in our 4G network, adding nearly 1,500 sites; now more than half of our sites are 4G.”

Capital expenditure in Nigeria has more than doubled to $53.2 million, as the business made investment in the 4G network, with the number of 4G sites increased fivefold, representing 60 percent of total sites.

Data revenue in Nigeria rose 73.1 percent and it was the largest contributor to revenue growth. Data growth was driven by a 21 percent increase in customer base and growth in ARPU as a result of the increased penetration of 4G data customers. Data revenue in the quarter ended 30 June 2019 accounts for 30 percent of the Nigeria revenue, compared to 21 percent in the prior year.

Capital expenditure in East Africa increased by 41.3 percent to $29.8 million as a result of the investment in the network, with the number of 4G sites doubling and covering 47 percent of total sites.

Data revenue in East Africa increased by 12.5 percent driven by increased customer base, ARPU and data usage per customer. The growth is led by the expansion of network infrastructure across countries with 4G sites, accounting for nearly half of the sites for the segment. Data revenue now accounts for a quarter of total revenue in the segment.

Capex in Rest of Africa was $14.2 million as the business invested in the 4G network, with the number of 4G sites increasing by more than threefold. 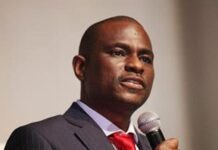