Airtel India CEO Gopal Vittal has revealed the operational performance of the telecom operator in the Sept quarter of 2019. 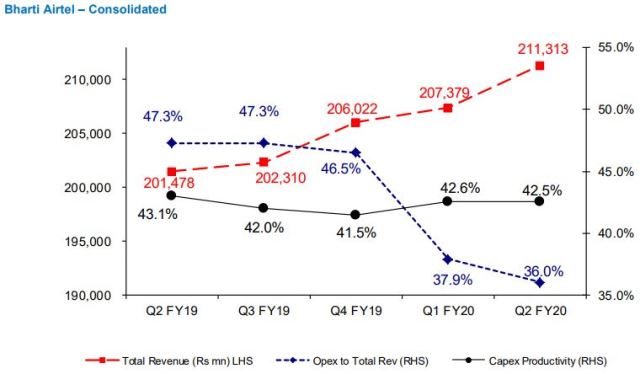 Airtel India has lost significant number of mobile phone customers during the second quarter in line with the strategy to focus on better-ARPU customers.

Airtel has re-farmed 4G spectrum and will shut down 3G spectrum across circles as planned. Airtel had increased the number of network towers to 185,582 from 171,031. Out of the total number of towers, 181,825 are mobile broadband towers.

Airtel said revenue from mobile services increased 7.1 percent to Rs 109,814 million. The company offered differential services to its high value consumers and achieved an upturn in revenues the current quarter despite being a seasonally weak quarter. Airtel ARPU increased to Rs 128 from Rs 100.

Airtel’s capital expenditure of Rs 1,023 million was primarily on account of expansion of high speed fiber.