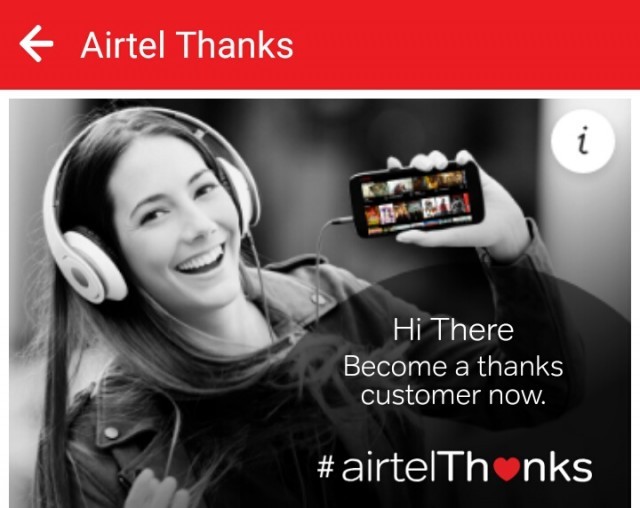 Airtel pre-paid mobile customers can access Airtel Thanks app in multiple Indian languages. The feature is live on Android and will be available on iOS shortly.

Airtel said  Thanks app has been designed and built by the in-house engineering team of Airtel.

Airtel will add support for several other Indian regional languages, including Kannadda, Assamese and Odia in the coming weeks.