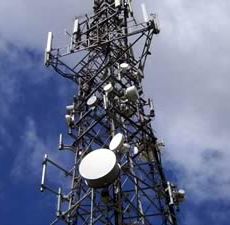 MTS India has also decided not to participate in the upcoming auction for spectrum. The company has filed a curative petition in the Supreme Court and is hoping that its licences will not be cancelled.

“Sistema Shyam TeleServices has consistently maintained that it has been unfairly penalised in the February ruling of the Supreme Court and has filed a Curative Petition seeking to restore its licences. SSTL was the only operator to have applied for a Pan India CDMA spectrum in 2008. There is no finding or suggestion by the CAG report that CDMA spectrum was equally or anywhere near in demand as GSM. SSTL believes it has a strong case and is determined to await its hearing,” MTS said in a statement.

“In this context, and considering the level of recommended spectrum prices which makes the business case unviable, SSTL had no choice other than not to take part in the 2G auctions for 800 Mhz. SSTL would like to once again reiterate that it is hopeful that the highest court of the land will speedily look into the merits of its case and will give it justice,” MTS India spokesperson added.

Both BSNL and MTNL are not participating in spectrum bidding since these state-run telecom companies have adequate spectrum.

Friday is the last day for telecom players to submit their application to participate in the auction. The auction is scheduled to start from November 12. The government is targeting Rs 40,000 revenue via spectrum auction.

According to agency reports, the final list of bidders will be announced on November 6. This will be followed by a mock auction on November 7 and 8 and thereafter the e-auction of 1,800 MHz band will take place on November 12.

The start of e-auction of 800 MHz band will happen two days after close of the 1,800 MHz band auction.

Videocon has applied for participating in both the 800 Mhz and 1800 Mhz bands. The 800 Mhz band is for CDMA connections  while 1800 MHz band is for GSM connections. Source said Videocon will be looking at telecom circles in North and Western India. It may not actively look at buying spectrum in Southern and North East State circles.

The Supreme Court in its February order this year decided to revoke 122 permits for mobile networks issued in a scandal-tainted sale in 2008 under the tenure of A Raja as Telecom Minister. The order saw the cancellation of 122 licenses, which the SC said were allotted in “an unconstitutional and arbitrary manner.”