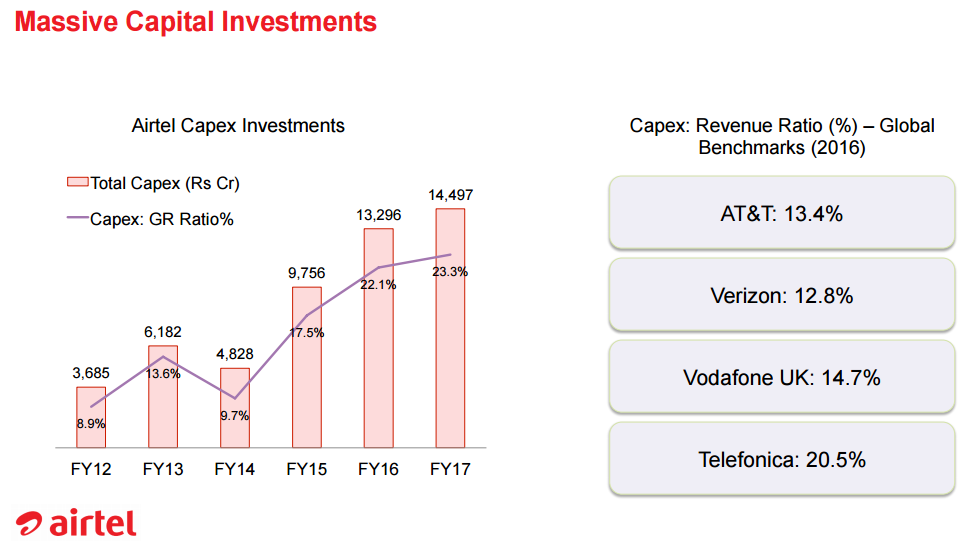 In fact, Airtel, the number one telecom operator, has stepped up investments in its business. Capex investments (excluding spectrum) have reached an all-time high of Rs 14,497 crore – which is 23.3 percent of FY17 gross revenue.

For comparison, global telecom operators have invested Capex between 13-14 percent of revenue, according to a note shared by Airtel with India government. 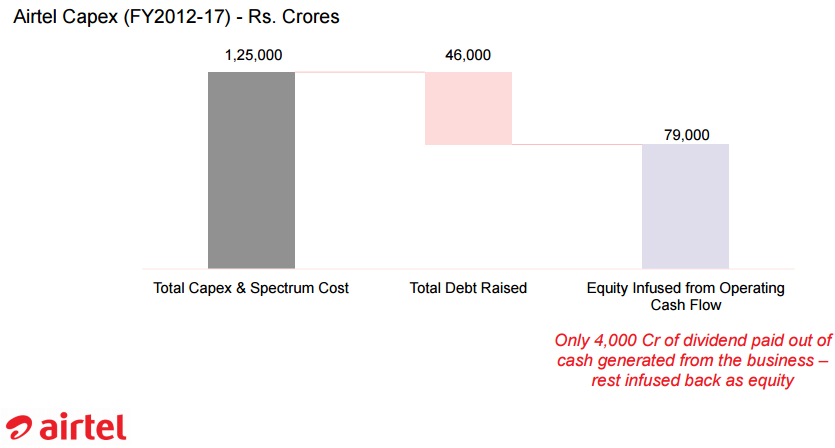 Capex to revenue ratio for AT&T was 13.4 percent.

Capex to revenue ratio of Verizon was 12.8 percent.

European telecom major Telefonica is maintaining a Capex to revenue ratio of 20.2 percent.

Airtel is beating developed market operators with the levels of investment made in India. Over the last 6 years, Airtel has infused INR 79,000 crore of equity in the business to fund Rs 1.25 lakh crore of Capex and Spectrum costs. 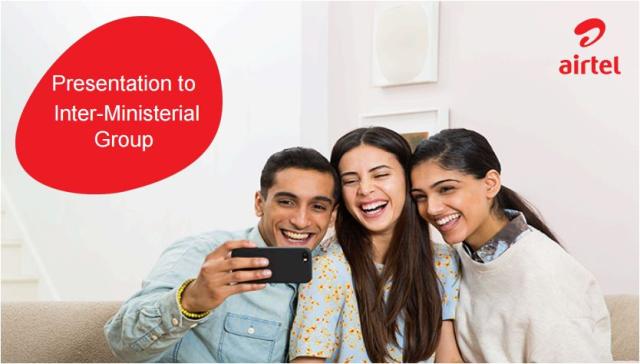 Under Project Leap, Airtel has deployed 1.8 lakh new mobile sites for 4G, 3G and 2G networks. It will deploy more than 1 lakh additional sites in the next 2 years. Airtel’s 4G footprint will cover most of the country by end of FY 2017.

Airtel will launch voice over LTE (VoLTE) in next quarter of 2017. Airtel has recently tied up with Nokia for 5G technology trials in India.

Airtel is increasing its investment in India despite facing challenging market conditions due to the launch of free mobile Internet and voice services from Jio.