Besides improving profitability, the important hurdle will be to increase both 3G and 4G subscriber base. Growing 3G user base from the 5 million mark and data ARPU will be the immediate task for Gopal Vittal.

Recently, Bharti Airtel added around 3,180 TD-LTE subscribers through its 4G network in Kolkata and Bangalore. Airtel claims that it achieved LTE ARPU of more than 20 dollars.

For Gopal, the task will be easy as he spent one year across Singtel Group in South Asia/Australia, Softbank and Silicon Valley understanding emerging trends in data and internet space.

As the CEO – India, Gopal will define and deliver the business strategy and provide leadership for Airtel’s India operations.

Mobile voice revenues in India were depressed due to the seasonal effect in Q2. Analysts feel that India will become a strong data market after 2-3 years. Voice will continue to dominate revenue streams in India.

Key focus areas for Gopal would be enhancing market share and margins along with growth of alternate revenue streams including 3G, Data, Airtel Money and Value Added Services. Airtel’s EBITDA decreased to 31.3 percent in Q2 2012-13 from Q1’s 30.2 percent. In fiscal 2010, Airtel’s EBITDA was 40.1 percent. 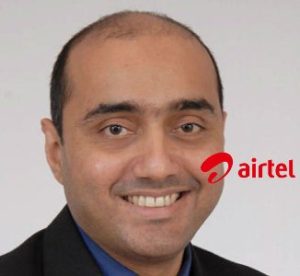 In addition, Gopal will lead Airtel India towards strengthening its position as a benchmark in innovative practices, brand leadership, operational efficiency, customer experience and talent/leadership depth.

Bharti Airtel’s net profit margin decreased to 3.6 percent in the second quarter of fiscal 2013 from 3.9 percent in first quarter and 21.4 in fiscal 2010.

Gopal Vittal will report to Sunil Bharti Mittal, chairman & managing director, Airtel. At this point of time, Airtel is silent about Manoj Kohli’s role as the CEO of both India and African mobile operations.

READ MORE: In December 2011, Bharti Airtel has achieved more than 50 million customers in Africa, where it acquired mobile operations in 15 countries in a $10.7 billion deal in June 2010.