AT&T announced growth opportunities as a media and entertainment company, new Capex guidelines, debt reduction, among others, in 2019. 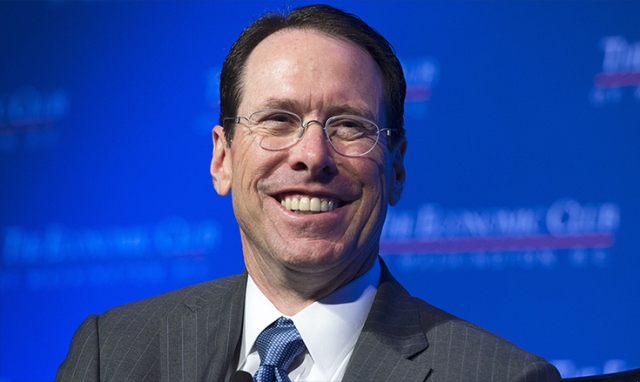 It will be lowering its Capex for 2019 despite its aggressive investment for the roll out of 5G network amid transition to a media company.

AT&T said gross capital investment will be in the $23 billion range in 2019. Earlier, AT&T announced annual Capex of nearly $25 billion for 2018.

AT&T will expand its fiber network.

The second-largest wireless carrier by subscribers said at an analyst meeting in New York that it will pay down $18 billion to $20 billion of its debt by the end of 2019, and will generate up to $8 billion in cash in part through the sale of some assets.

AT&T will be pinning hopes on 370 million direct-to-consumer relationships that it has across mobility, video, broadband and its digital properties.

“We are well positioned for success as the lines between entertainment and communications continue to blur,” said Randall Stephenson, AT&T chairman and CEO.

AT&T’s mobility business unit represents nearly half of AT&T’s adjusted EBITDA and about 40 percent of its revenues. The company expects mobility to deliver top- and bottom-line growth in 2019. Growth in mobility business revenues and EBITDA will continue in 2019.

Verizon, T-Mobile and Sprint, are trying to bring customers from AT&T to generate revenue for their mobility business units.

The newly acquired WarnerMedia, which represents about 17 percent of AT&T’s revenue and adjusted EBITDA, will be growing its top- and bottom-line in 2019. WarnerMedia plans to launch its initial direct-to-consumer SVOD beta application in the fourth quarter of 2019.

AT&T will expand its fiber network and targets to additional higher-ARPU fiber subscribers.

There will be increased profitability in OTT video business. The recent price increases will likely result in negative net adds at DIRECTV NOW in the fourth quarter of 2018 and in 2019.

Entertainment Group that includes video and broadband business, represents about 15 percent of the company’s adjusted EBITDA. This unit expects stable EBITDA in 2019. AT&T aims growth in broadband revenues and subscribers.

AT&T, which has more than 17 million wireless subscribers in Mexico, nearly double 2015 levels, expects to improve EBITDA and cash flows in its Mexico wireless operations in 2019.

AT&T’s Mexico business will reduce costs and capital expenditures as it completes its LTE network build and systems integration work.

Vrio, AT&T’s video operations in 11 countries in Latin America and the Caribbean, expects to sustain cash generation in 2019. AT&T is using technology to reduce Vrio’s cost structure through initiatives like electronic billing and automation.