AT&T on Friday announced the appointment of William E. Kennard as its chairman, effective January 2021. 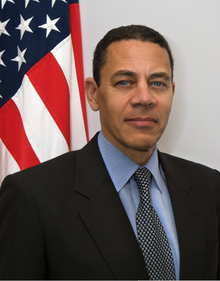 William E Kennard will replace Randall Stephenson, currently AT&T’s executive chairman of the board, upon his retirement.

Randall Stephenson recently stepped down as the CEO of AT&T, paving way for John Stankey to handle the top position.

AT&T announced earlier this year its plan to elect an independent chairman when Randall Stephenson retired from the board in January, after serving as chairman since 2007. This change continues AT&T’s commitment to strong corporate governance.

William Kennard also has held positions with The Carlyle Group, an asset management firm, at which he led investments in the telecommunications and media sectors, and the law firm of Verner, Liipfert, Bernhard, McPherson and Hand (now DLA Piper), where he was a partner and member of the board of directors.

William Kennard joined AT&T’s board of directors in 2014. He currently serves on the corporate governance and nominating committee and the public policy and corporate reputation committee.

Kennard serves on the boards of Duke Energy Corporation, Ford Motor Company and MetLife.  He is also co-founder of Astra Capital Management, a private equity firm.

Kennard received his B.A. in Communications from Stanford University and earned his law degree from Yale Law School. He currently serves on the board of trustees of Yale University.