AT&T has revealed that it added 72,000 mobile phone subscribers and lost 778,000 premium TV subscribers in the second quarter of 2019. 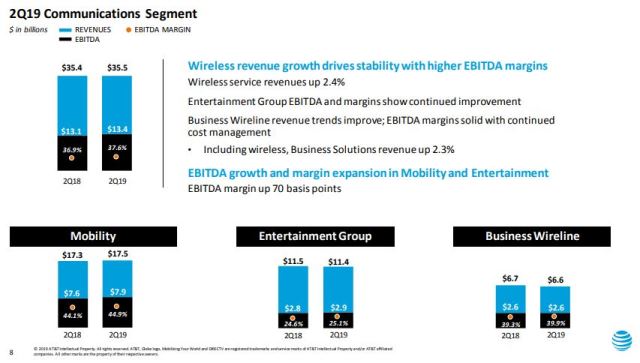 The second-largest U.S. wireless carrier by subscribers had lost 544,000 DirecTV satellite and U-verse television customers in the first quarter.

AT&T said total revenues rose 15.3 percent to $45 billion versus $39 billion in the year-ago quarter, primarily due to the Time Warner acquisition.

AT&T did not reveal any latest information on the 5G roll outs.

AT&T reported operating expenses (Opex) of $37.5 billion versus $32.5 billion in the year-ago quarter, an increase of about $4.9 billion due in part to the Time Warner acquisition, partially offset by cost efficiencies and lower Entertainment Group and wireless equipment costs.