AT&T is set to complete its $48.5 billion deal – with certain conditions — to buy pay-TV company DirecTV as Federal Communications Commission and the Justice Department are expected to okay the merger proposal.

The wireless carrier is getting approval – mainly because AT&T and DirecTV do not compete with each other in a big way. Earlier, Comcast and Time Warner Cable could not go ahead with their merger due to opposition from FCC.

AT&T is confident about the merger after FCC Chairman Tom Wheeler has recommended that the five-member commission vote to approve the merger, and the Justice Department said the deal did not pose a significant risk to competition. It seems the approval for the merger will be given shortly. Recently, AT&T also expanded its presence to Mexico looking for additional revenue streams. Mexican telecom market is dominated by billionnaire Carlos Slim-owned America Movil.

My statement regarding the recommendation to approve the AT&T/DirecTV transaction with conditions: http://t.co/VdG4ONWZM5

AT&T said in a statement: “We are pleased that an order to approve our DIRECTV transaction with certain conditions is circulating at the FCC. We are pleased the Department of Justice has completed its review of our acquisition of DIRECTV. We look forward to gaining the approval of the Federal Communications Commission so we can quickly begin providing consumers with the benefits of this combination.”

The acquisition of the largest satellite-TV provider in the U.S. will enable AT&T, the No. 2 wireless carrier, to add new avenues of growth beyond the wireless service. The deal was announced in May 2014. 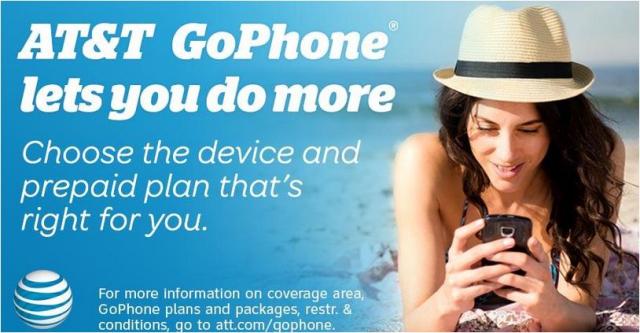 The American wireless carrier will face two relatively easy conditions to get the final approval, which is expected soon.
AT&T will be prompted to offer high-speed broadband Internet connections to 12.5 million customer locations. This apart, AT&T needs to share details of its all traffic exchange agreements with content and web transit companies with the FCC.

AT&T needs to pledge to count its affiliated video services toward any data caps on fixed broadband connections, according to the proposed conditions.

In a first for the FCC, Wheeler is also seeking to set up an independent officer to help ensure AT&T complies with the conditions in the long run, Reuters reported.

FCC Chairman Tom Wheeler said: “12.5 million customer locations will have access to a competitive high-speed fiber connection. This additional build-out is about 10 times the size of AT&T’s current fiber-to-the-premise deployment, increases the entire nation’s residential fiber build by more than 40 percent, and more than triples the number of metropolitan areas AT&T has announced plans to serve.”

“In addition, the conditions will build on the Open Internet Order already in effect, addressing two merger-specific issues. First, in order to prevent discrimination against online video competition, AT&T will not be permitted to exclude affiliated video services and content from data caps on its fixed broadband connections. Second, in order to bring greater transparency to interconnection practices, the company will be required to submit all completed interconnection agreements to the Commission, along with regular reports on network performance,” Wheeler said.

Video companies Netflix and Dish Network, traffic company Cogent Communications Holdings and others had pushed for limitations to AT&T’s power to slow down or charge fees for the web traffic traveling through its networks, as well as protections for rival video services.

The telecom operator had earlier committed to expand access to broadband service in rural areas and to offer standalone Internet service at speeds of at least 6 Megabits per second to ensure consumers can access rival video services online.

Recently, a merger deal between Comcast and Time Warner Cable did not take off – mainly due to the combined companies’ reach into the broadband market. As a result, Comcast’s rival Charter Communications has bid $56 billion for Time Warner Cable. 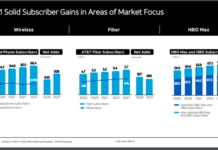