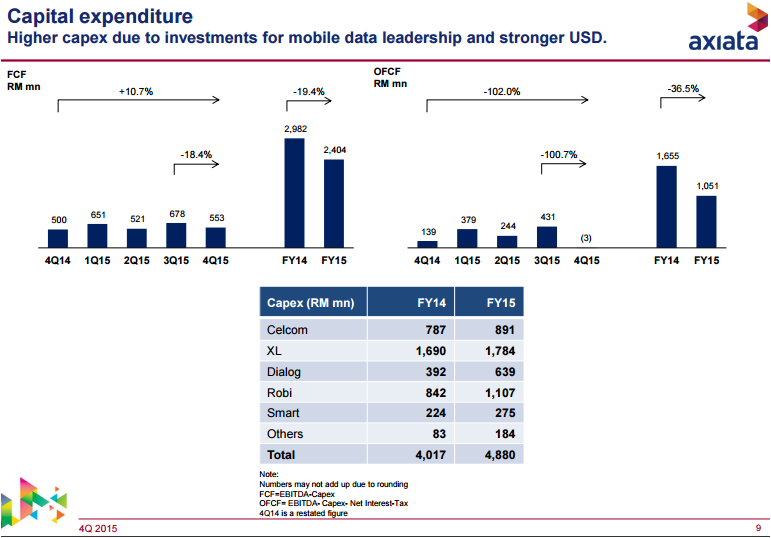 The Malaysian telecom major will be making an investment of RM5.7 billion or $1.36 billion during the current year towards Capex to spruce up its mobile networks against RM4.9 billion investment in 2015.

As a result of its investment in mobile data networks, data revenue grew 29.8 percent in 2015, said Axiata.