Telecom operator BSNL’s revival strategy depends on its capability to invest around Rs 40,000 crore in the next five years to become profitable.

BSNL CMD RK Upadhyay says the company needs to provide 182 million connections by 2017-18, which would be around 14 percent of 1,300 million projected customer base, to retain its market share, PTI reported

By March 2012, the struggling telecom operator had 121.65 million telecom customers, including mobile and landline users.

The loss making PSU may post a profit before tax of Rs 35 crore by 2017-18 if the company deploys additional infrastructure.( BSNL telecom infrastructure Capex pegged at Rs 40,000 crore ) 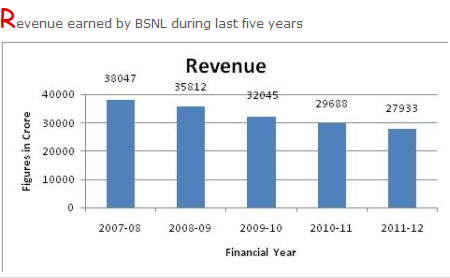 As part of its revival strategy, a group of ministers in charge of reviving state-run BSNL and MTNL may consider taking over their entire debt and also waive off their licence fees and spectrum charges for three financial years. But this does not mean that BSNL will be revived. Its work force is a huge drain on profitability.

In addition, BSNL is yet to become a professionally run organization to compete with telecoms such as Bharti Airtel, Vodafone, Reliance Communications, etc.

BSNL’s licence fee and bandwidth usage charges for the three fiscal years starting April 1, 2013 and ending March 31, 2016 amounting to Rs 8,930 crore and that for MTNL totalling Rs 11,149 crore could also be waived off as part of the revival package

The PSU was impacted after it paid over Rs 18,500 crore for buying 3G and Wireless Broadband spectrum in 2010. 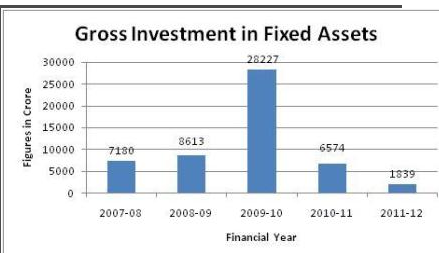 In the next five years — as per BSNL strategies — it expects to add capacity of additional 40 million lines with focus on Internet business, generate around Rs 2,500 crore from its land and building assets monetization and hive off some real estate assets after permission from government.

BSNL’s telegram service generated revenues of Rs 10 crore against an expenditure of Rs 143 crore in 2012-13.