Telecom Lead India: BSNL is set to invest Rs 300 crore to switch over from existing IPv4 to IPv6.

The investment is primarily for changing equipment and training personnel while adopting the new Internet Protocol IPv6.  This new protocol is based on 128 bits architecture as against the current IPv4 that is based on 32 bits.

The main benefit is that the switch over from existing IPv4 to IPv6 will bring more secure e-mail address against hacking, limitless address space, e-mail address like AADHAR number for multiple uses including phone number on a global scale.

Speaking at an event in Delhi, Gupta said that the address space of 4 billion addresses in existing IPv4 had been exhausted. Increasing demand for IP addresses acted as the driving force behind the development of the large address space offered by IPv6.

“IPv6 is a dynamic host configured protocol that provides flexibility that it enables plug and play action in a whole range of services,” said SN Gupta, who serves as member of the Government committee for IPv6 address allocation policy in India.

Opportunities in the switch over are reduced operational expenditure due to simplicity and rationalization of network, network expansion easier due to future proof technology, triple play services to rural areas bridging the digital divide. 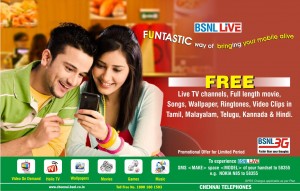 Several issues such as standards and interoperability, higher capital expenditure without corresponding increase in unit revenue and costs in migration are affecting the migration.

Rajesh Rampal, head – IT, Aircel, said: “North America had already moved to this new technology while in Europe many were yet to move fast and in Asia it was just gaining ground.”

A roadmap for shift to IPv6 had to be implemented by telecom operators both in GSM and CDMA platforms. This roadmap needs to be completed by 2016 and the training of personnel as well as equipment change needs to be accelerated.