American Internet and cable behemoth Comcast is likely to drop its $45.2 billion proposal to buy Time Warner Cable, Bloomberg reported.
Philadelpia-based Comcast is facing strong opposition from FCC and DoJ officials to go ahead with the merger deal to buy TWC.
Comcast, the largest U.S. cable provider, announced the merger deal fourteen months ago. It made several attempts to convince FCC and DoJ saying the proposal will assist American cable customers and the industry.

What Comcast promised in February 2014

Comcast and TWC
Besides cable business, Comcast is a technology leader in broadband and has increased Internet speeds 12 times in the past 12 years across its entire footprint. Time Warner Cable owns cable systems located in key geographic areas, including New York City, Southern California, Texas, the Carolinas, Ohio, and Wisconsin.
Time Warner Cable has more than 30,000 hotspots, primarily in Los Angeles and New York City.

Top officials of the two companies believe that they cannot go ahead with the merger on account of strong opposition from the U.S. Justice Department and Federal Communications Commission.
Comcast’s board will meet to finalize the decision on Thursday, and an announcement may come as soon as Friday. Time Warner Cable executives plan to tell shareholders on an earnings conference call next Thursday how the company can survive independently. 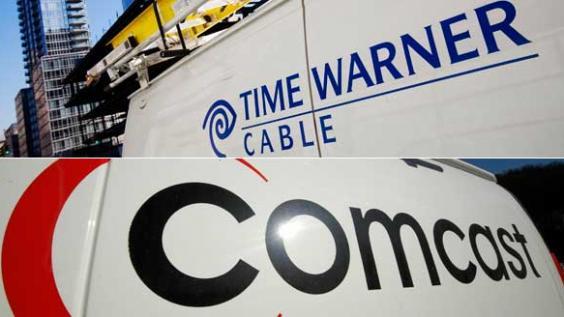 The deal’s collapse will be a major setback for Comcast Chief Executive Officer Brian Roberts.
Comcast need to regroup to focus on adding more Internet subscribers and defending its pay-TV business, while Time Warner Cable could pursue other possible merger partners, such John Malone’s Charter Communications.
Online players such as Amazon.com, Netflix and others providing programming over the Internet will benefit from the demise of the $45 billion deal.
Before the deal with Comcast was announced in February 2014, Time Warner Cable was in talks to merge with smaller Charter Communications, whose largest investor is billionaire Malone. Those talks could be revived by Comcast’s exit.
The deal’s collapse means Charter, which agreed to take control of 3.9 million Comcast cable-TV subscribers, won’t get those customers.
editor@telecomlead.com