MTS India is keen to operate in 10 telecom circles after bagging the license.

The telecom department has also decided to postpone auction of 1800 and 900 MHz spectrum as it did not receive any bid for the GSM band.

DoT says next steps — for 1800 and 900 MHz spectrum — will be decided by the EGOM on auction of spectrum. 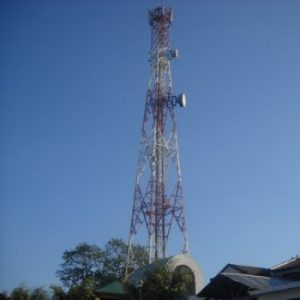 This third auction will cover only the 1800 MHz band to comply with the SC directive to put the entire spectrum surrendered (which was entirely either in the 1800 or 800 MHz bands) by holders of quashed licenses to auction immediately.

In Delhi and Mumbai circles, the quantum of spectrum put to auction in March, 2013 is in accordance with the latest orders of the SC dated 15.2.2013. This was also the case in respect of spectrum in the 800 MHz band both in the November, 2012 auction and again in the March, 2013 auction.

DOT will review the need to include the remaining 2 circles for 1800 MHz bands, namely Delhi and Mumbai in the next round of auctions as also the need for a re-auction in the 3 metro circles of the 900 MHz band. The quantum of spectrum, the reserve price and the timelines for this auction will be decided after necessary directions are obtained from the EGOM and where required, the cabinet, in this regard.

DOT is also in the process of filing an affidavit of compliance in the SC regarding implementation of its orders dated 15.2.2013. Any further directions issued by the SC in the matter will be incorporated into the plan of action for the next round of auction to be held as soon as possible after the March 11, 2013 auction is completed.

Separately, the DOT will also take action as directed by the Delhi HC to dispose of the applications for extension of licenses received from licensees whose licenses are due to expire in Nov 2014. This action will be completed before the timeline fixed by the High Court of Delhi, i.e., 7th March, 2013.