The decision of Reliance Jio to charge six paise per minute from its mobile phone users for making calls to subscribers of other operators will be benefitting both Airtel and Vodafone Idea. 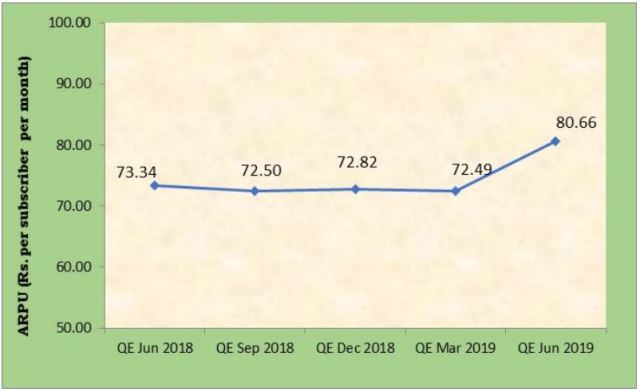 The above chart prepared by telecom regulator TRAI indicates that mobile ARPU of Indian telecom operators.

Jio’s decision to increase voice tariffs from zero to six paise per minute will not force Airtel and Vodafone Idea to increase phone charges their immediately.

“We do expect net IUC expense in Jio P&L going to zero helping overall margins. We consider this move to be positive for Airtel and Vodafone Idea. Fundamentally we do not think things materially change,” analysts at BofA Merrill Lynch said in a research report.

Credit Suisse report on September 27, 2019 said average revenue per user for the overall industry is set to improve 25 percent in FY2022.

The latest price revision on voice calls would mean that the ARPU may increase even before 2022. That should be good news for Airtel and Vodafone-Idea, which has had a tough 24 months.

Kotak researchers said the increase in tariffs would mean incremental revenues of Rs 1,790 crore per quarter for Reliance Jio. One needs to adjust for the Rs 720 crore IUC cost that was assumed to be going down to zero.

There could be substantial ARPU increase for Bharti Airtel and Vodafone Idea. Airtel had 282 million subscribers in the first quarter of fiscal 2020. Net ARPU of Bharti Airtel will grow by Rs 8. Airtel’s rough annualized revenue/EBITDA uplift works out to Rs 2700 crore / Rs 2300.

UBS research said that the impact could be higher on Vodafone Idea. While the magnitude of positive impact on VIL is higher than Airtel and Jio given the base effect, Vodafone still is a few quarters away from stabilising market share and highly geared balance sheet puts the medium-term market share at risk.

Airtel and Vodafone Idea still generate more than 50 percent of their traffic from customers on 2G and voice plans and they may not increase prices for these customers. This could reduce the positive EBITDA impact on the two operators. 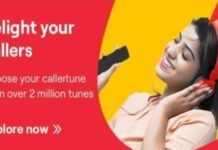 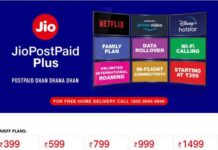