Illiad has lost subscribers in its mobile phone and broadband business units in France during the first half of 2019. 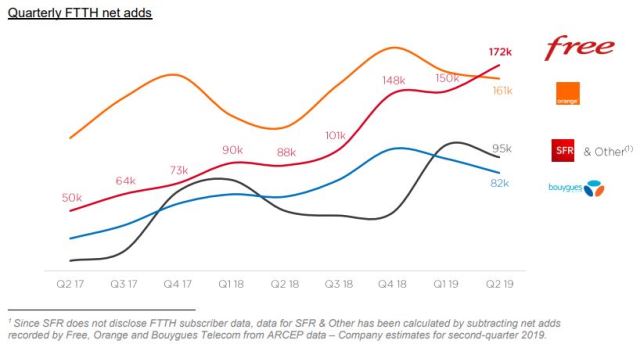 Illiad has presence in France and Italy. Illiad said its total revenues rose 8.4 percent to €2.6 billion. The growth in consolidated services revenues was 7.9 percent. 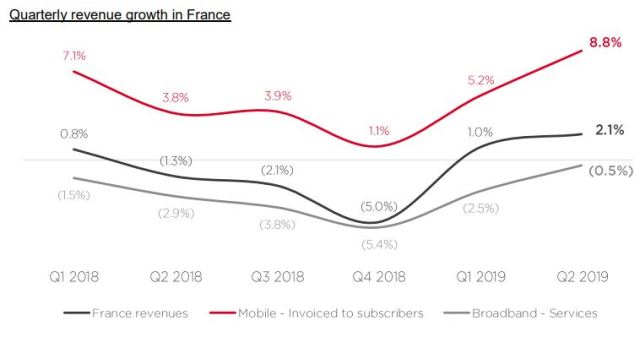 Illiad has the largest Fiber network among France’s three alternative operators, with 11.5 million connectible sockets. The Group’s Fiber offerings are now available throughout the whole of Metropolitan France.

Illiad is the only operator in France to offer 10G Fiber technology and was the first to provide all of its subscribers with an average upload speed of 600 Mbps.

Landline subscriber base contracted by 31,000 in first-half 2019, negatively impacted in the second quarter by questionable mass communication regarding the brand on NextRadioTV channels.

Illiad focused on the deployment of 700 MHz frequencies, enhancing the 4G experience in France.

Over 3,000 sites were newly equipped to use 700 MHz frequencies in the first six months of 2019. The Group’s 3G mobile network now covers almost 97 percent of the French population.

Illiad said its 4G speed reached an average download speed of 45 Mbps, according to nPerf. The strong performance of the Group’s 4G network is reflected in the average monthly data usage per 4G subscriber, which was 11.9 GB in first-half 2019.

Illiad focused on the expansion of the fiber and mobile networks and fiber subscribers, as well as the launch of the new Freeboxes and the large-scale switch-on of 700 MHz-compatible equipment.

Illiad Italy said it added almost one million subscribers. Iliad Italia accelerated its pace of subscriber recruitment in the second quarter of 2019, with over 500,000 additions. Illiad Italy’s subscriber numbers topped the 4 million mark in the summer of 2019.

Illiad Italy equipped 900 new sites during the period, bringing the total number of equipped sites to 2,400 at end-June 2019, and activated more than 400 sites. It spent €61 million on the purchase of frequencies in first-half 2019. 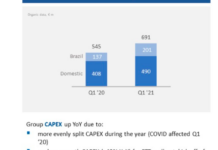 Airtel to maintain Capex though 4G radio spending will reduce