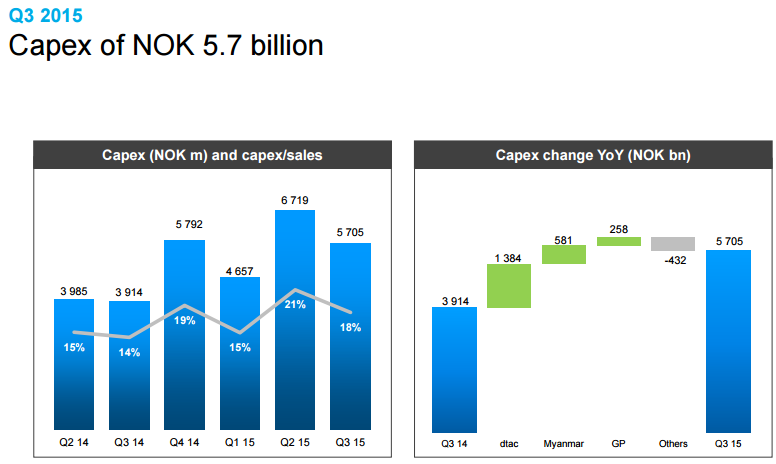 Telecom network operator Telenor has made an investment of NOK 5.7 billion or $673 million in the third quarter of 2015.

The company believes that data monetization is required to drive value creation. Growth in total data traffic in Telenor networks was 95 percent in Q3 2015 as compared with Q3 2014. 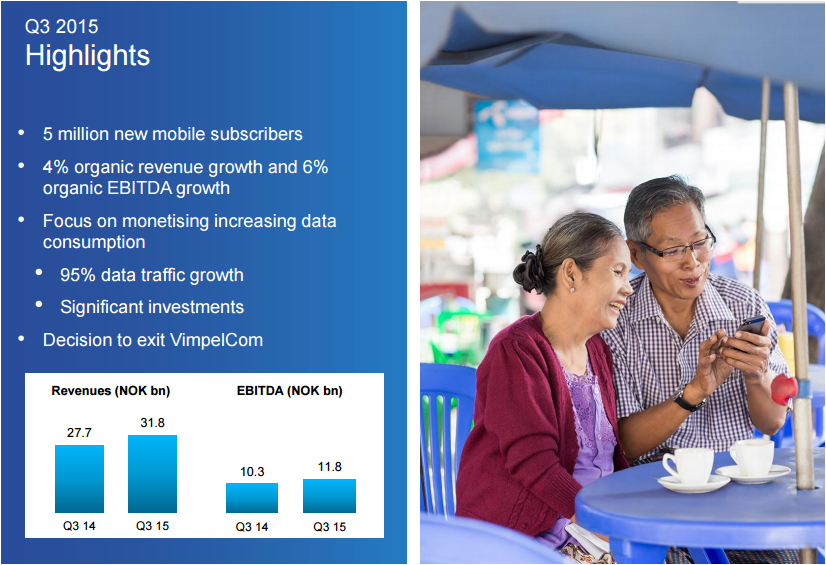 “More than five million new customers connected to Telenor, and almost 200 million people are using our services. Going forward, it is of utmost importance that we monetise this growth in order to secure healthy returns on our significant investments,”’ said Sigve Brekke, president and CEO of Telenor Group.