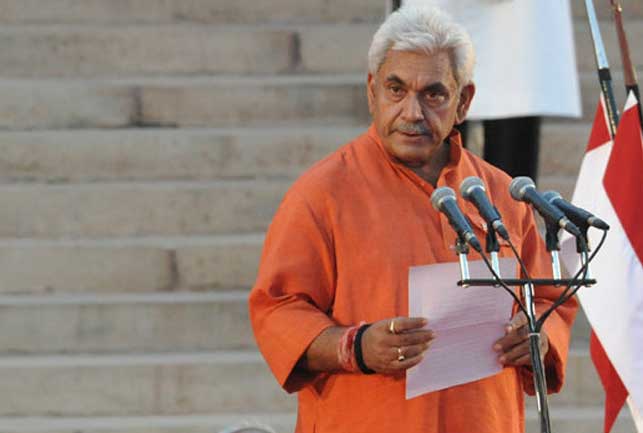 India is planning to finalize the next round of spectrum auction by September, said Manoj Sinha, minister of State for Communications.

The reserve price of spectrum auction is Rs 5.66 crore. “Call drop menace will be addressed in the next 4-5 months,” said Manoj Sinha.

“Spectrum will be auctioned with all fairness. By September, the auctions will be finalised. We are looking at Rs 5.66 lakh crore — that’s the reserve price,” Sinha, who holds independent charge of the ministry, said in his first press conference after assuming office.

“If we get more, then well and good,” said Sinha, also a minister of state for railways.

“Call drop is another issue we are discussing with all seriousness. In coming 4-5 months you will see work happening on that front. We will create a long term strategy to deal with this issue,” said the minister, adding state-run companies had improved a lot in the past two years.

The minister also spoke about the Comptroller and Auditor General of India’s (CAG) report stating that telecom companies were understating their revenues in a bid to pay less levies due to the government.

“We will send demand notices to telcos in accordance with law in due course,” said Sinha but also adding that the matter pertained to the time when the present National Democratic Alliance (NDA) government was not in power. “We had nothing to do with what the CAG has observed.”

Based on the pan-India reserve price, the mop-up can be as much as $84 billion, as against $17 billion the last time. The previous round had seen 470.75 MHz on the block.

In the cabinet meeting last month, chaired by Prime Minister Narendra Modi, an official nod was given for the reserve price, as also for the auction norms but a decision on the spectrum usage charges, which has evoked strong opinions from stakeholders, was deferred.

The issue has been referred back to the telecom watchdog and will be taken up after its response.

“In the coming times, spectrum will be allocated on a large scale. It has been our government’s policy to hold auctions without any discrimination. We will follow the same process. I think we will be successful in finalising the process by September,” Sinha said.

“On a broader front, this auction will be for Rs 5.66 lakh crore. The reserve price is near this. But how much will be received, that will be known only then. There is no target. The amount I’m stating is the reserve price. The outline of the auction is ready,” telecom minister said.