India telecom sector may slash 60,000 plus jobs by the end of the current financial year as a result of consolidation. 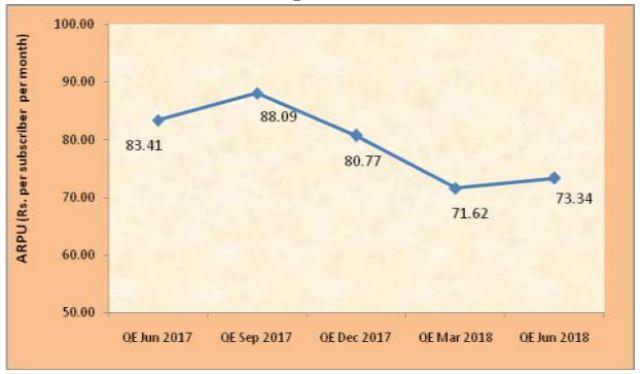 The reduction in telecom service revenue — 10 percent drop in gross revenue in June quarter of 2018 as per TRAI — is forcing telecom operators to look for more job cuts in coming quarters.

Indian telecom market has become a 4-operator-market in 2018 as telecom operators such as Aircel, Reliance Communications, Telenor, Videocon and Tata Teleservices have decided to exit or sell their business to rivals.

Ericsson last week said its telecom employee base in South East Asia, Oceania and India fell to 23,607 in September 2018 from 26,396 in September 2017 and 24,495 in December 2017. Ericsson lost a big managed services contract in India this year. Ericsson is one of the top telecom network suppliers in India.

TeamLease Services said some 65,000 telecom sector workers will lose their jobs by March 31. The main areas hit by the poor performance of Indian telecom operators will be customer support and financial functions. Customer support is expected to slash about 8,000 jobs, while financial functions will terminate about 7,000 employees, staffing firm TeamLease Services said.

COAI said the worst is over for the Indian telecom sector and companies are looking to hire in areas such as artificial intelligence and big data.

Airtel yesterday said it will tie up with AI-powered Google Assistant to improve customer care.

“We are over the worst hump and now companies are looking to hire in areas like AI, big data and 4G network expansion. The first two quarters of FY19 saw the worst and that is over,” said Rajan Mathews, director general of the Cellular Operators Association of India.

The job losses in telecom business will ease as the industry stabilises and the sector will focus on hiring freshers, said Rituparna Chakraborty, cofounder of TeamLease.

There will be an impact to the tune of 60,000-75,000 jobs on the workforce of telecom service and infrastructure providers in 2019, said Paul Dupuis, chief executive officer of staffing firm Randstad India.

Randstad India estimates that the effect will continue through 2020 with a similar number of redundancies for the segments mentioned.

The next two quarters will see a maximum of about 5,000 people losing jobs across the entire industry ecosystem.