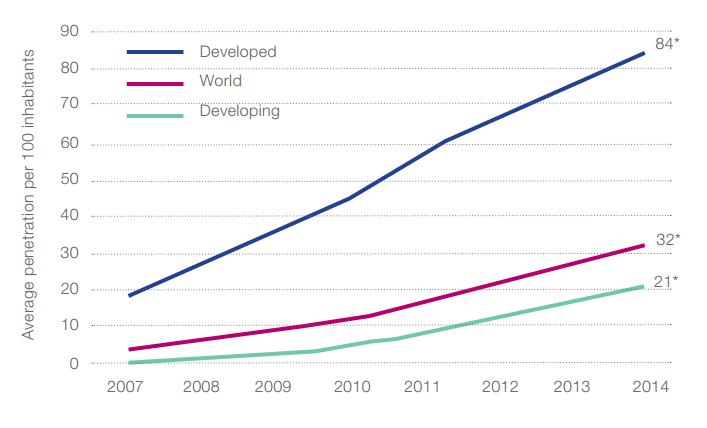 The decision by WRC-15, currently in session during 2-27 November in Geneva, allocates this band to the mobile service and identifies it for International Mobile Telecommunications (IMT) in ITU Region-1. World Radiocommunication Conference in 2007 (WRC-07) allocated the band for ITU Region-2 (Americas) and Region-3 (Asia-Pacific).

The provisions adopted by WRC-15 provide full protection to television broadcasting, as well as to the aeronautical radio navigation systems operating in this frequency band, specifically in countries of the Regional Commonwealth in the field of Communications (RCC).

“The WRC-15 decision represents a landmark in the development of broadband mobile on a worldwide scale, regardless of location, network or terminal used,” said ITU Secretary-General Houlin Zhao.

“The global harmonization of the 694-790 MHz frequency band that has been decided by WRC-15 paves the way for manufacturers and mobile operators to offer mobile broadband at an affordable price in currently underserved areas,” said François Rancy, director of the ITU Radiocommunication Bureau.

Telecom industry association GSMA has encouraged governments at WRC-15 to support a co-primary allocation for mobile in the sub-700MHz band.

John Giusti, chief regulatory officer of GSMA, recently reiterated the benefits of agreeing a co-primary allocation for mobile and broadcast in the sub-700MHz spectrum band at WRC-15 in Geneva:

“The sub-700MHz UHF band (470-694MHz) could prove a critical tool for governments seeking to expand access to high quality, wide area coverage for mobile broadband services for their citizens, whether they live in dense urban areas or remote rural communities,” said Giusti.

GSMA said addition of a co-primary allocation in the sub-700MHz band at WRC-15 would offer governments the flexibility to meet the changing needs of their citizens, who are increasingly accessing video content via mobile and tablet devices.