Jagbir Singh was Group CTO at Smartfren Telecom, Indonesia, and was responsible for network, IT and digital platforms and enterprise business.

Vodafone Idea has added 11,000 broadband base stations during Q2 fiscal 2020-21. Capex of the third largest telecom operator remained below pre-Covid levels at around 10 percent of sales, that is likely to keep network quality uncompetitive.

Capex intensity increased to INR10.4 billion in 2QFY21 vs INR6 billion in 1QFY21, post low capex during the lockdown, Motilal Oswal said in a research report.

“Vi continues to be in a vicious circle of inadequate network investment, market share losses, and inability to invest in network driving further losses,” JP Morgan said in a research report.

4G subsciber base of Vodafone Idea stood at 106.1 million, implying a 1.5 million increase in Q2 as compared with 1 million loss in 1QFY21. 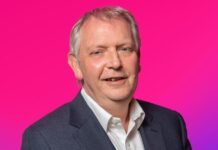 Vodafone Idea gets notice from DoT for not paying license fee