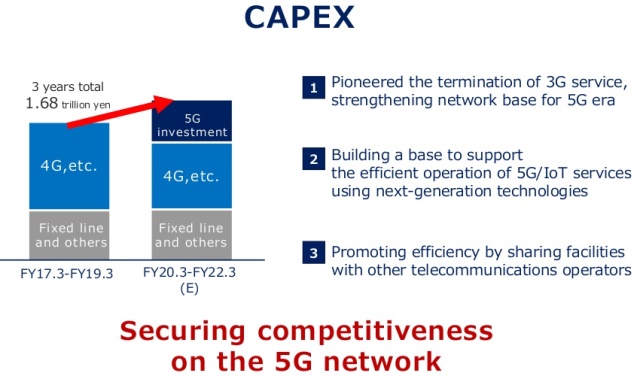 KDDI, which competes with NTT Docomo, SoftBank and Rakuten Mobile in the 5G space, will start pre-5G services in September 2019 and will start handset sales by the end of March 2020.

KDDI will focus on network infrastructure sharing in order to reduce Capex and Opex during 5G network roll out. 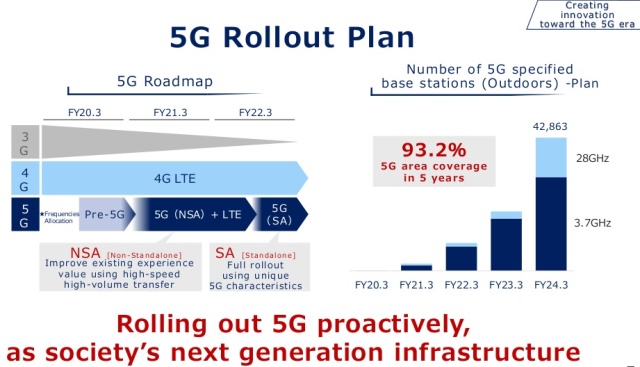 KDDI engineers will deploy 5G base stations to achieve 93.2 percent coverage in Japan in five years. KDDI has received 5G spectrum in 3.7 GHz and 4.7 GHz bands in April 2019.

KDDI aims to expand the number of IoT connections to 18 million and operating revenue of 1 trillion in the IoT business segment by fiscal year ending in March 2022.

KDDI is also aiming to improve its cost efficiency. 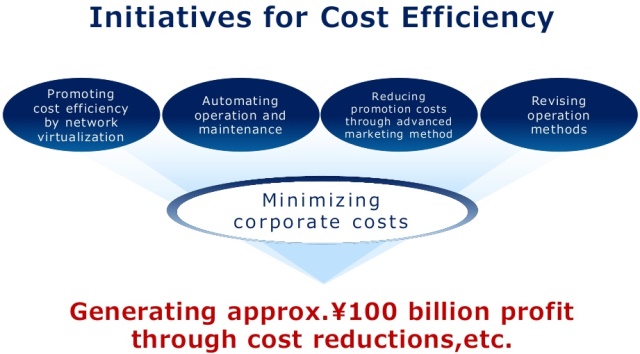 “Reviewing, streamlining measures including automation and operating changes, we would generate profit of about ¥100 billion over a three year, with the other some new business seeds,” Makoto Takahashi said.