The telecoms is also expecting significant savings – Capex and Opex – from its Simplification program.

The European telecom operator has already achieved nationwide 4G coverage in the first quarter of 2014 the Netherlands. KPN 4G mobile subscriber base stands at 1 million in the Netherlands. 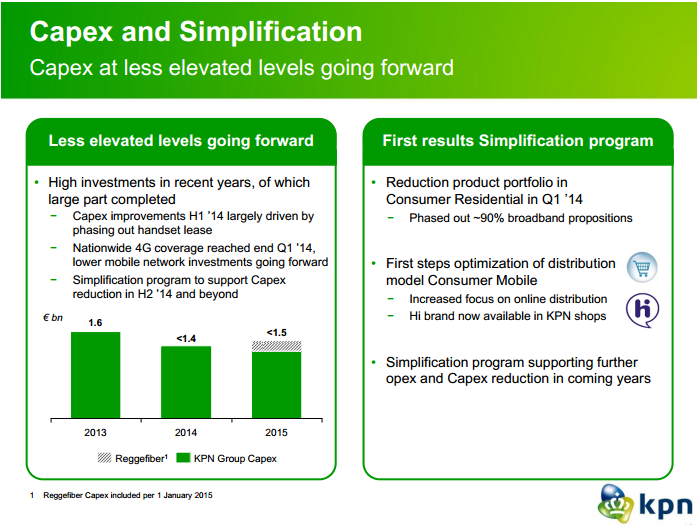 KPN’s financial performance is not in line with the company’s plans and promises. Q1 2014 revenue decreased 8.2 percent to EUR 1,996 million due to competition and price pressure in all mobile markets. EBITDA dipped 21 percent due to lower sales and the phasing out of handset lease at KPN and Hi brands. Profit nosedived 98 percent to EUR 3 million from EUR 152 million.