Millicom, a telecoms operator in Africa and Latin America, said its Capex spending will be above $1 billion in Latin America during 2019. 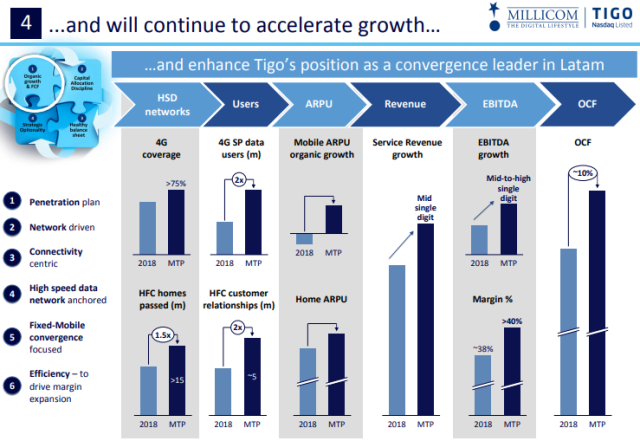 The main focus of Millicom was in the expansion of high-speed mobile data networks and customer growth.

Its 4G network grew by 41 percent, adding over 2,600 points of presence reaching more than 9,000. 4G networks covered approximately 65 percent of the population against 56 percent in 2017.

Network related investment accounted for 84 percent of Latam Capex, while the balance 16 percent was in IT and other areas. Millicom kept 68 percent of the network investment for fixed and 32 percent for mobile business. Customer premise equipment deployed to support the growth of fixed customer base rose 18 percent and accounted for more than 30 percent of total Capex in the Latin America region.

Millicom added 1.5 million 4G smartphone data users in Q4, and 3.2 million in 2018 in Latin America. Millicom has 32.4 million B2C mobile customers and of these, approximately 52 percent used data services, and 31 percent used 4G data services, up from 22 percent a year ago.