Dish Network, the # 2 U.S. satellite television provider, offered to buy wireless service provider Sprint Nextel for $25.5 billion in cash and stock, a move that could inspire other telecommunications or video companies to consider their own prospects of combining.

The number of multiscreen devices accessing services from pay-TV networks in the United States is expected to surge to 338 million units in 2015, up from 112 million in 2012.

“Dish sees strong growth potential in the areas of convergence, multiscreen and connectivity across all platforms, which it sees as the main rationale behind a potential merger with Sprint Nextel,” said Dexter Thillien, senior analyst, mobile communications at IHS. 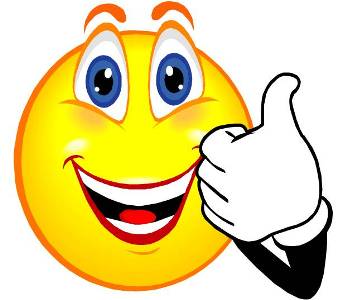 Beyond the greater scale and efficiency that a combined carrier would bring, Dish sees the possibility to offer content both in and outside the house as a clear path to leadership for the company, as the explosion in data traffic is being led by video demand.

The satellite pay-TV provider has always wanted to enter the wireless space, because it can diversify its current offerings—and because wireless has seemed to be the most sustainable path to growth in the U.S. market. Dish has acquired spectrum over the years, but the company was always aware it needed a partner to launch services given that rolling out a network from scratch would have taken too much time and money.

“There is a realization among the smaller players in the U.S. market that they need to merge or partner to compete against Verizon and AT&T, which are both so strong commercially and in terms of network quality,” said Kester Mann, telecoms analyst at consultancy CCS Insight.

“It’s important strategically for both Softbank and Dish that it’s likely that you’ll see Softbank either match or top it. I think Dish expects that to happen, so they probably haven’t put their best foot forward either,” said Keith Moore, an event-driven strategist at MKM Partners in New York.

If Sprint’s board recommends the Dish offer, Softbank is likely to raise the cash portion of its bid to at least $7.50 a share and may negotiate a joint venture with Dish, said Macquarie Group.

Charlie Ergen, the founder of Englewood, Colorado-based Dish, is so eager to break into the wireless market and bundle Internet and phone services with his pay-TV service that he may be prepared to come back with an even sweeter offer for Sprint, if needed, said Piper Jaffray Cos.

Dish on Monday outlined the benefits of the deal, including a quad-play package: customers would have access to a bundled subscription of video, data and Internet services in, as well as outside, the home.

The move is designed to capitalize on the popularity of smartphones and tablets, which depend on wireless carriers and Internet providers and are increasingly used to check social media sites like Twitter and Facebook, watch TV shows and YouTube videos, or read newspapers, magazines or books.

“The quad play certainly becomes relevant with streaming mobile video on the HD side,” said Wunderlich Securities analyst Matt Harrigan. “It has an appeal that it didn’t have before.

“The idea that Dish can take this huge spectrum holding and pretty quickly put it to use as a mobile services product really adds a new competitor element to the landscape,” said Bill Menezes, principal research analyst at Gartner.