While Vodafone reduced mobile Internet charges by 80 percent in circles such as Karnataka, UP West and Madhya Pradesh & Chhattisgarh, its rival Airtel launched new tariffs in Punjab and Haryana.

Airtel is the #1 mobile Internet service provider — on its 2G network — in India at present. On 3G network, Reliance Communications leads the market.

Both telecom operators will expand the new mobile Internet rates to other circles depending on the success. Interestingly, 3G services of Bharti Airtel and Vodafone will face uncertain future due to their controversial roaming agreement.

It is not known whether Idea Cellular will also follow Airtel and Vodafone with new 2G mobile data tariffs. Idea Cellular is also part of the roaming agreement. 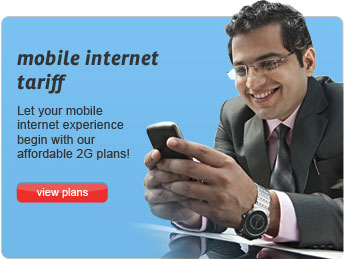 Analysts, who track the domestic telecom industry, feel that the aggressive 2G internet plans are happening at a time when several telecom operators are planning to slow down their 3G Capex plans.

If top operators are going to spend less on 3G, India will become a tough market for telecom equipment vendors such as Nokia Siemens Networks, Ericsson, Alcatel-Lucent, Huawei, ZTE, etc. Most of these vendors rely on 3G expansion for growing faster in India.

4G expansion by Airtel has been almost nil in the recent months, said a top executive with a telecom equipment vendor.

Airtel slashed data usage charges by 90 percent for pre-paid subscribers in Punjab and Haryana. On the other hand, Vodafone lowered data charges by 80 per cent for its pre-paid and post-paid customers in three circles.

Airtel said that the Volume Based Charges (VBC) on its recharge vouchers for 2G data usage of three denominations have been reduced to 1 paisa per subscribers.