Netflix, which will be gaining from the Net neutrality guidelines announced by the U.S. Federal Communications Commission, has urged FCC to reject the $48 billion merger of AT&T and DirecTV.

According to regulatory disclosures posted on Tuesday, Netflix said the proposed merger would make AT&T the largest multichannel video programming distributor in the country, and potentially lead to its becoming the largest Internet service provider in the country as well, Reuters reported.

Netflix representatives told more than 20 FCC staff in the meeting on April 30 that such market power creates new incentives and abilities to harm entities that AT&T perceives as competitive threats, and will exacerbate the anticompetitive behavior in which AT&T has already engaged.

Recently, Comcast abandoned its $40 billion plus takeover of Time Warner Cable (TWC) due to opposition from FCC officials. 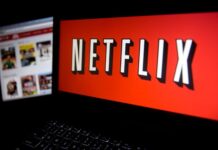